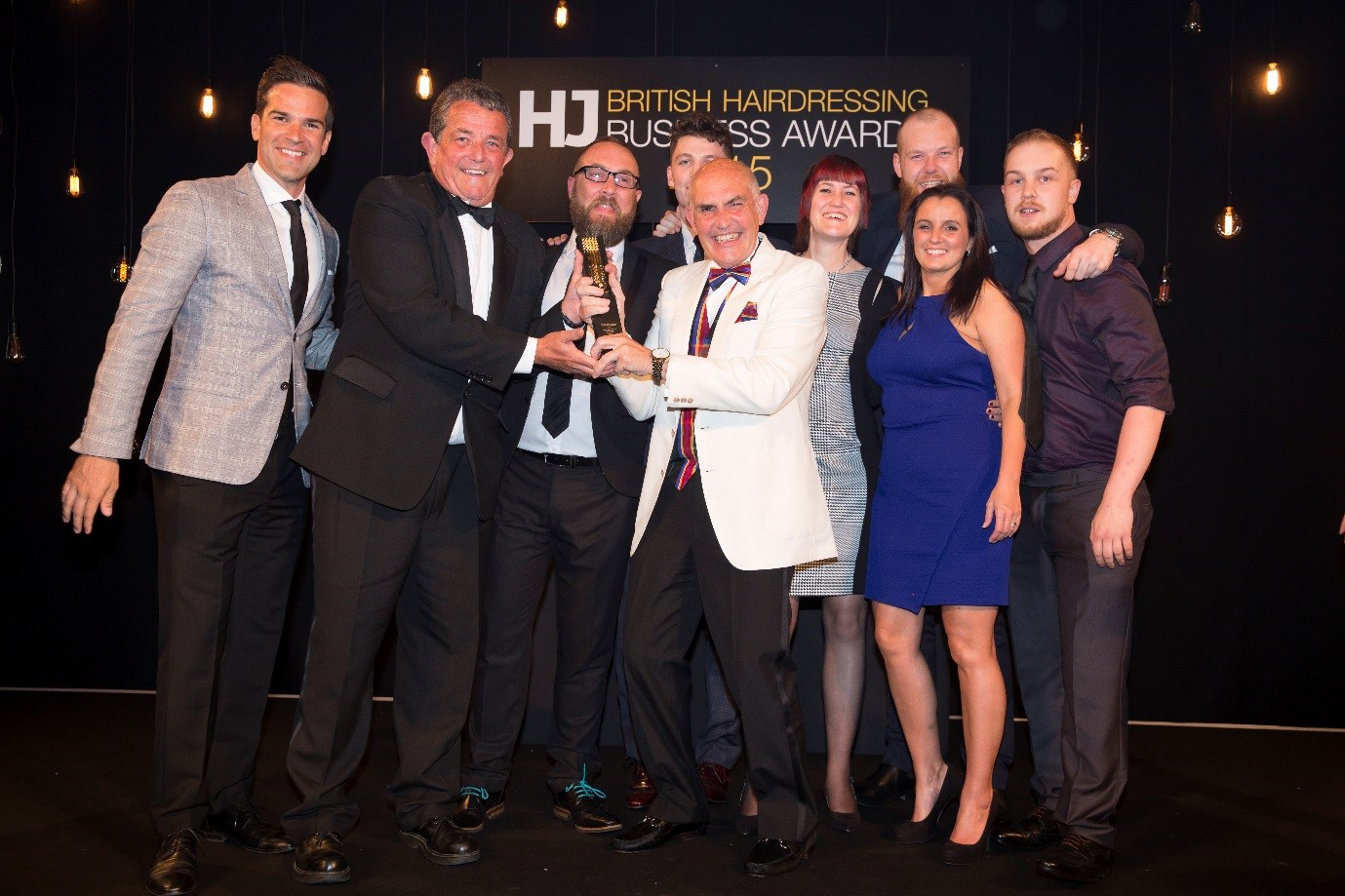 Say congratulations to Robert and Dan Rix and the hard working team at Master Barber?s in Southport. This long established traditional barbershop has just won the title of Male Grooming Salon of the Year at the British Hairdressing Business Awards. It?s not just the first time they have entered, it?s also the very first time that the BHBA?s has introduced the category which demonstrates yet again just how far the industry has come in terms of respect and recognition from the mainstream. The finals took place at a black tie ceremony at the Lancaster London Hotel, adjacent to Hyde Park. Robert and Dan collated all their evidence to enter an award winning dossier that followed strict criteria and requested hard evidence of success which made a lasting impression on the judges. Robert says ?We worked hard on our entry making sure that we ticked all the boxes and showed first class presentation. We were measured on ability, variety of male only services, company ethos and turnover. We truly are a family business with father, son and daughter all involved in running it and the award was confirmation to us that we must be doing something right!? Follow @master_barbers