Home News Roll up, roll up, get your tickets ‘ere 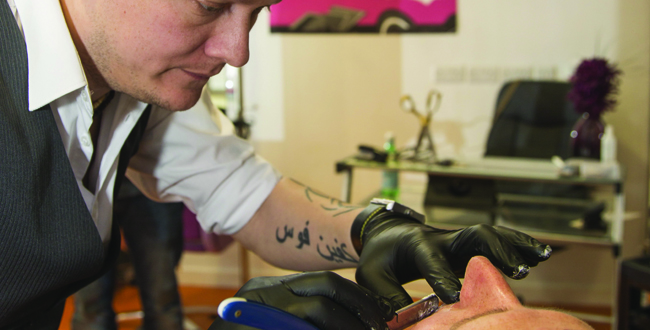 BarberConnect (barberconnect.co.uk) on May 25th 2014 at the Celtic Manor in Newport South Wales isn’t just the UK’s only barber exhibition but it’s also playing host to the final of ‘Britain’s Best Shave’. The competition, run by the British Barbers’ Association (BBA) in association with The Bluebeards Revenge, has been combing the country for the best wet shave barber through 12 regional heats that wrapped up at ProHair Live in Manchester in March. The final tournament will see contestants fighting it out inside a boxing ring to showcase their talent and take the title. See www.bluebeards-revenge.co.uk/bestshave. @BarberConnect. @BritishBarbers.