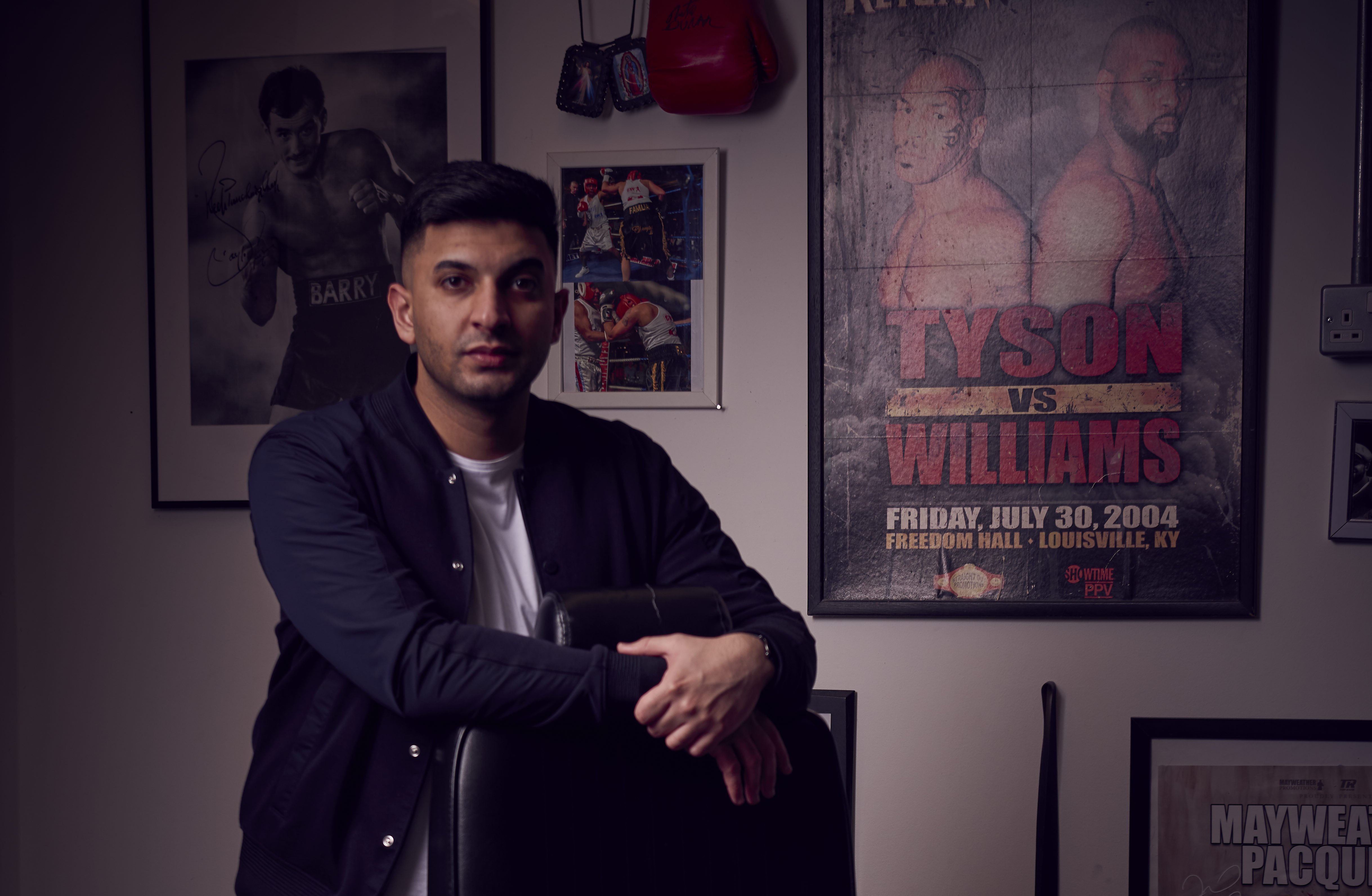 A barber with a PhD might be a rare sight, but life is too short to not do something you are passionate about. This is the view of etch® founder Dr. Salman Malik, whose passions happen to include science, entrepreneurship and barbering.

Ever since he was a child Salman Malik has been utterly enthralled by the craft and the culture found within a barbershop. “I used to go every Sunday as a child. My Dad has always said I’ve wasted a lot of money going to the barbers but I think it makes you feel refreshed, rejuvenated and gives you confidence,” he says.

Salman’s academic career kicked off in biomedical engineering, (“the interface between medical engineering and technology”) and took him through two Masters and a PhD. After winning a scholarship for a prestigious Scottish Enterprise fellowship scheme that helps scientists become entrepreneurs, Salman got the entrepreneurial bug. He founded MicroSpray Technologies, a startup that develops microparticles that make drug delivery more efficient. Being an academic scientist, however, doesn’t preclude you from wanting a smart beard and a slick haircut or from achieving it for others. If you want it badly enough, a scientific background is a great reason to develop your own products, too. 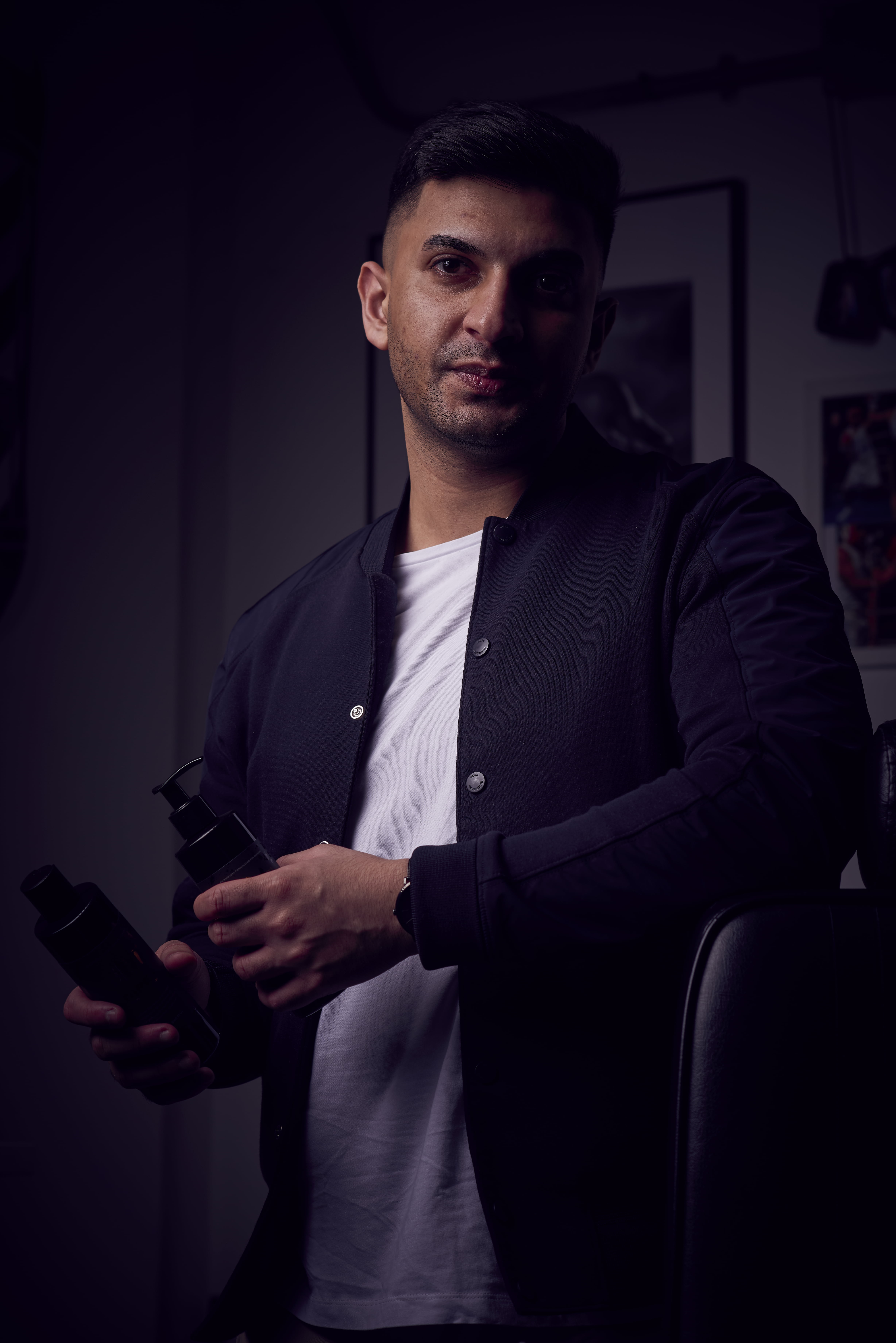 Salman picked up his first pair of scissors in 2015. “I bought some equipment and my brother let me cut his hair. He said it was the best haircut he’d ever had. Soon I had four or five paying clients every weekend,” says Salman. Watching YouTube and Instagram clips to learn the latest trends and techniques, Salman found himself “doing market research without realising it.”

It occurred to Salman that with his background in formulations, he might have a shot at creating his own shave gel. “The biggest problem I personally had with products was finding a shave gel that worked.” The scientist in him started to buy ingredients and experiment with concentrations.

“I had about 40 or 50 shave gels at home, so I picked out the top 20 and took note of their ingredients. I tried to produce a product that was simple, but that when you pick it up you want to buy it because of the key ingredients, such as witch hazel and aloe vera, that are in it,” he says.

The formulation he came up with got turned into etch® TAPER shave gel, which Salman worked hard to keep “clear” to enable customers to see where and what exactly they are shaving, a problem with most other shave gels he says. A lot of work went into the graphics for the shave gel too. “When I’m in Boots or Superdrug looking for a product I pick up what looks good. So if I, as an ex-scientist, am doing that before I look at ingredients, then the visuals have to be right for everyone else.” 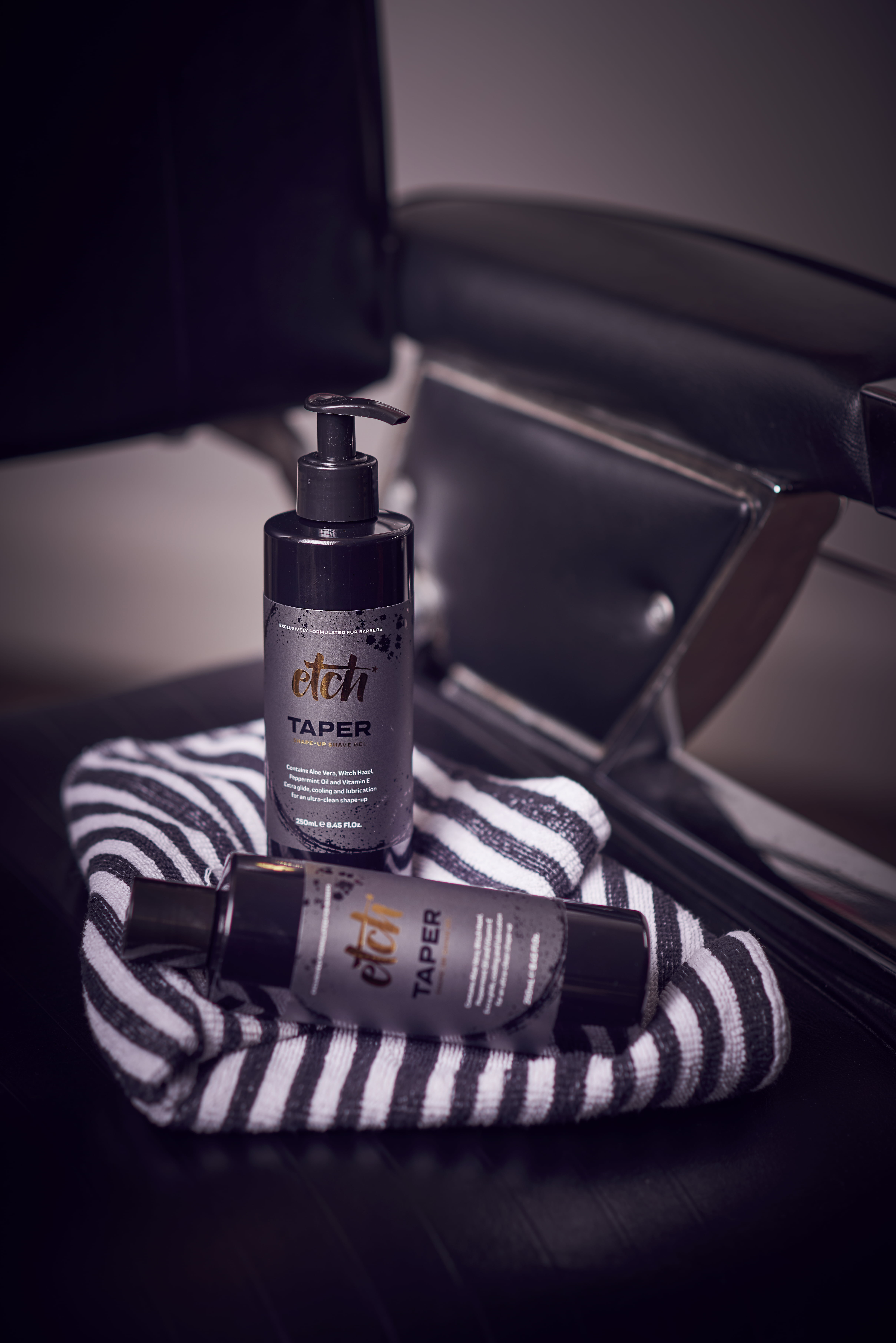 Funded mainly from his own pocket, with a little from friends and family, Salman says raising cash is what he spends most of his time at MicroSpray Technologies doing, so it’s second nature to him. He hopes it will pay off with “global success.”

The ultimate dream, he says, is to open a barbershop, and not just one or two. “I want to be bigger than that. I’d like to create the Toni & Guy of the barbering world.”

New products will only come once he’s assured that the first one is completely mastered. “I think if you bring out, say, five products all at once, you can lose focus,” he says. In the short term, Salman is enjoying a five-fold increase in his Insta followers over the last three months and the signing of three distributors for the shave gel.

He’s also off to Barber Connect, where he hopes to get his message across to a diverse range of barbers, a prospect he is very excited about. “Building microparticles was never a childhood dream,” he laughs.