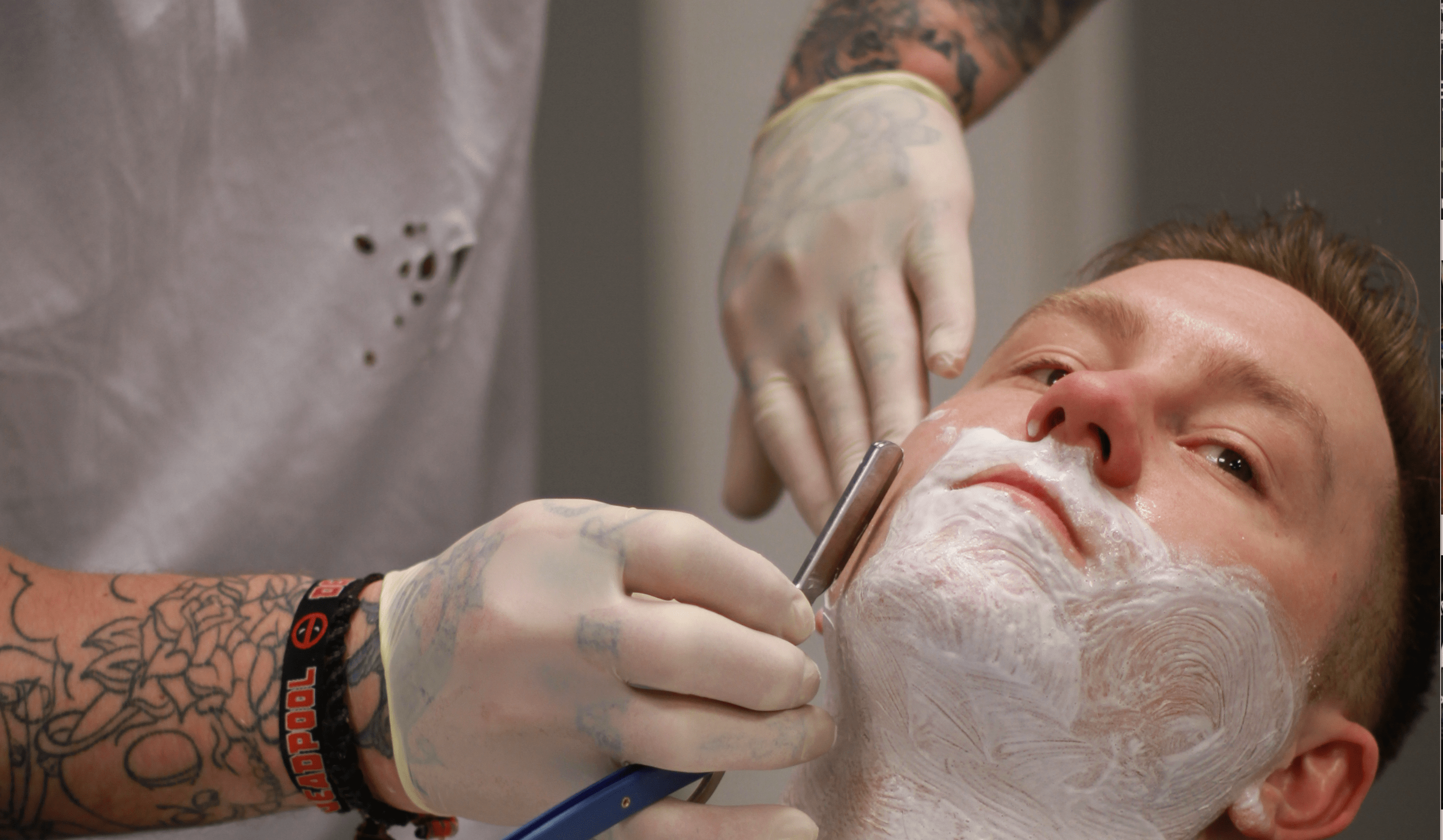 The nine regional winners of Britain’s Best Shave 2018 have been announced, with the top scoring seven going through to the shave-off final alongside last year’s champion Elvis Gjokaj in the iconic boxing ring at Barber UK.

The seven finalists are named as Enver Yeshilbulut, Kevin Voyse, Sophie Collins, Jamie Crawford, Yucel Olmezkaya, Jack Jenkins and Allan Stone. The final, organised by the British Barbers’ Association and men’s grooming brand The Bluebeards Revenge, will take place at Barber UK at the Birmingham NEC on Sunday May 20th.

In addition to the title of Britain’s Best Wet Shaving Barber, the winner walks away with £500 worth of The Bluebeards Revenge grooming products and merchandise, and a chance to work with the brand. “Each year we’re blown away by the level of talent out there, and this year we’ve had a record number of entries. What this shows is that competitions like this, along with the good work of the British Barbers Association, help to drive up standards in the barbering industry – that’s the overall objective,” said Nick Gibbens, spokesperson for The Bluebeards Revenge. Trevor Studd, director of the British Barbers’ Association, added: “There is a rising demand for hot towel shaves and beard trims, and barbers have fully tapped into offering these types of services.”

The draw for the national final will take place in London on April 11th and will be broadcast live over Facebook via the British Barbers’ Association.

The regional winners of Britain’s Best Shave 2018 are:

Yorkshire and The Humber
Kevin Voyse