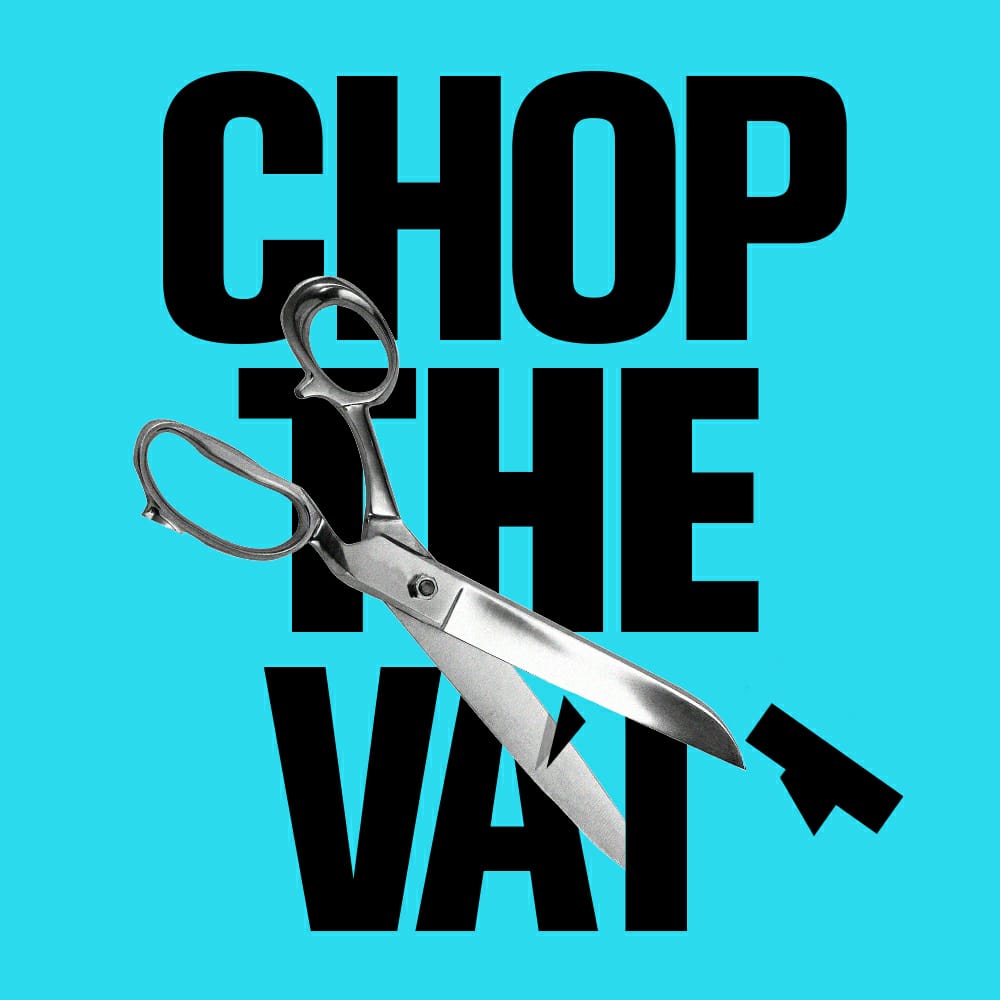 Today sees the launch of #ChopTheVAT – a campaign to ask the government to cut the VAT for barbershops and hair salons from 20 percent down to 5 percent, as they have done for the hospitality industry.

The British Beauty Council has joined forces with some of the UK’s leading hairdressers to campaign for a cut in VAT to boost the country’s struggling salon industry. Adam Reed, Luke Hersheson, John Vial, George Northwood, Nicola Clarke, Joshua Miller, Charlotte Mensah and Josh Wood are among those salon owners urging the UK Government to #ChopTheVAT payable by hair and barber businesses from 20% to 5% – a financial stimulus already granted to the hospitality sector earlier this year.

Coronavirus has had a massive and disproportionate impact on the £6.3 billion-a-year hair industry, which relies on face-to-face interaction with clients. Salons and barbershops were among the last businesses to re-open after lockdown – after pubs, bars and cafes – despite being staffed by professionals who routinely adopt strict hygiene standards and who have introduced a wide range of additional measures to ensure they are COVID-secure. These measures, including social distancing and high levels of PPE, have had a dramatic impact on business: most salons are currently trading at less than 50% of their pre-Covid turnover, and city centres have been hit the hardest, with London seeing a drop of 61% in year-on-year revenues.

Luke Hersheson says:“For the four to six months that salons were closed, it cost salons an enormous amounts of money. We were closed for the longest amount of time but had the least amount of government help as we didn’t receive a VAT reduction like the hospitality industry.”

Reducing the rate of VAT on hairdressing and barbering would provide welcome long term relief for salon owners and employers, where wages are the highest cost of doing business and there is little scope for claiming VAT back on products. Hair businesses in some European countries already pay lower rates of VAT, including Ireland (13.5%), the Netherlands (9%) and Poland (8%), while others, such as Cyprus, have temporarily cut VAT to support salon businesses during the Coronavirus outbreak.

“If the Government can support hospitality through Eat Out to Help Out, and give them a VAT reduction, what can they do for hairdressing?” asks Millie Kendall MBE, CEO of the British Beauty Council. “This is an industry that contributes billions to GDP. Hairdressers are determined entrepreneurs, investing in their own businesses to establish their own financial security and that of their families. In short, they are exactly the sort of people we need to re-build the economy, which is why we need to protect their businesses now and into the future.”

There has long been industry concern over the unequal tax treatment between barbershops and salons who employ their staff and those using self-employed individuals. The earnings of self-employed barbers and stylists rarely reach the VAT threshold of £85,000 as they trade as individual businesses. However, a barbershop or salon employing their staff is treated as one business and pays VAT on their combined turnover, therefore having to charge their clients 20% extra. With salon employers already struggling to afford high street rents and some of the highest National Minimum Wage payments in Europe,  there is a fear that unless the Government relaxes or reforms its VAT rules for hairdressing and barbering, the industry will increasingly become prey to the  ‘black economy’, where people fail to declare earnings, and fail to pay tax or VAT altogether.

Reforms could include smoothing the ‘cliff edge’ so VAT doesn’t become payable in full as soon as a trader crosses the threshold, which immediately lands them with a bill of £17,000.  Ways this could be done include:

All your freelance FAQs answered by the experts