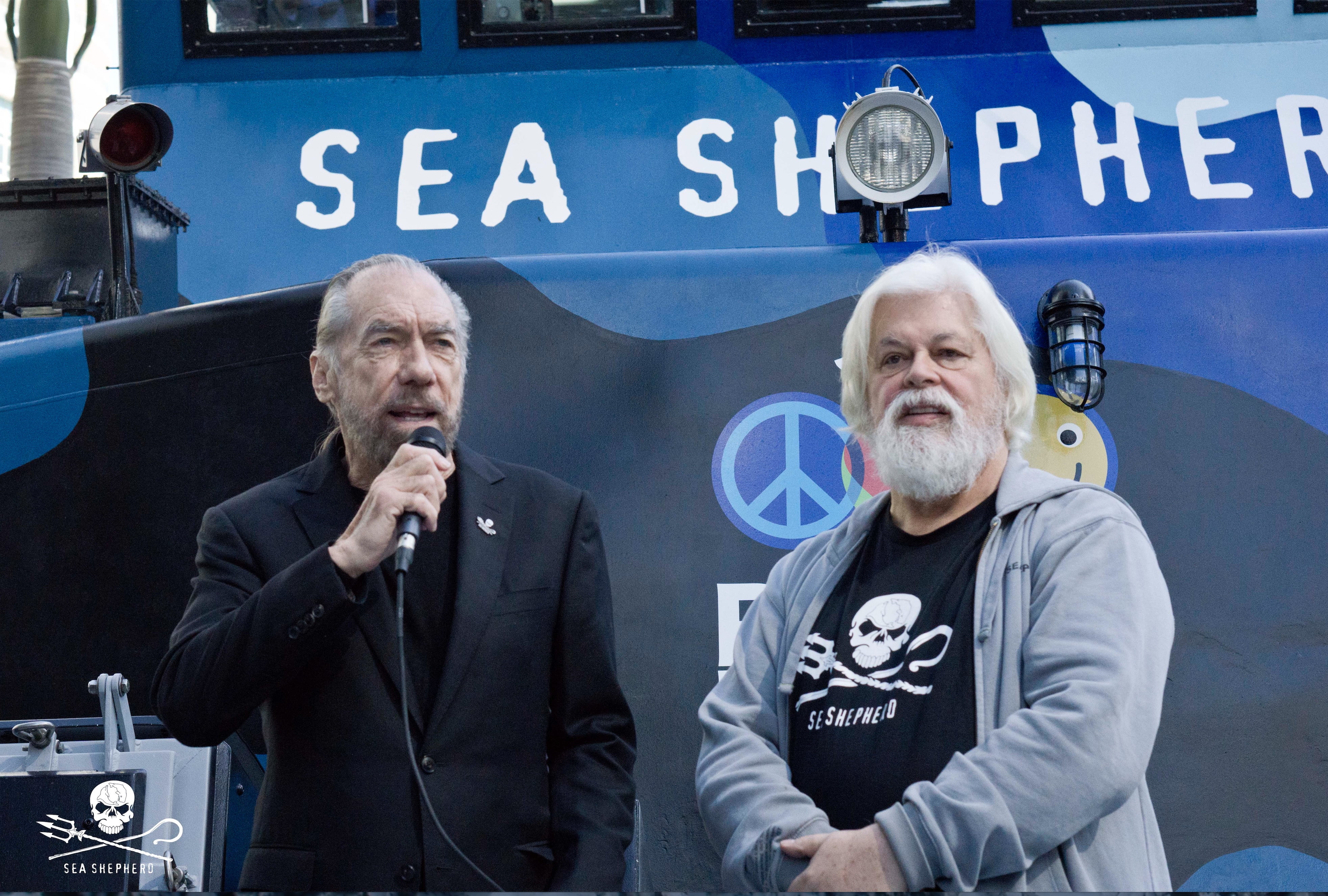 John Paul DeJoria, the co-founder of John Paul Mitchell Systems and the MITCH brand, has continued his support for environmental issues with the naming of an anti-poaching vessel. Paul Mitchell as a business has long supported the environment with a wide range of initiatives including Reforest’Action, Waterkeeper Alliance and a solar-powered Awapuhi farm plus all the products are cruelty-free.

The marine conservation organisation best known for the Animal Planet TV series, Whale Wars and Ocean Warriors, unveiled the M/V John Paul DeJoria at EPIC Marina in Miami.  It included a traditional ceremony of breaking a bottle over the bow to invite good luck, but instead of the traditional champagne, they smashed a bottle of tequila from the DeJoria-owned Patron Spirits. Captain Watson said:  “I can’t think of a person who I am more proud to have a name on a vessel than John Paul DeJoria.” John Paul called Watson “one of today’s heroes” and praised Sea Shepherd for helping and protecting the marine world’s “living souls” while asking for “absolutely nothing in return.” The vessel’s first campaign will be to protect sharks off the coast of Central America.

John Paul, a long-standing supporter of  Sea Shepherd, is also a guest investor on the ABC reality series Shark Tank. In 1998 he traveled to the Gulf of St. Lawrence with the conservation society to stand against the Canadian Seal Hunt.