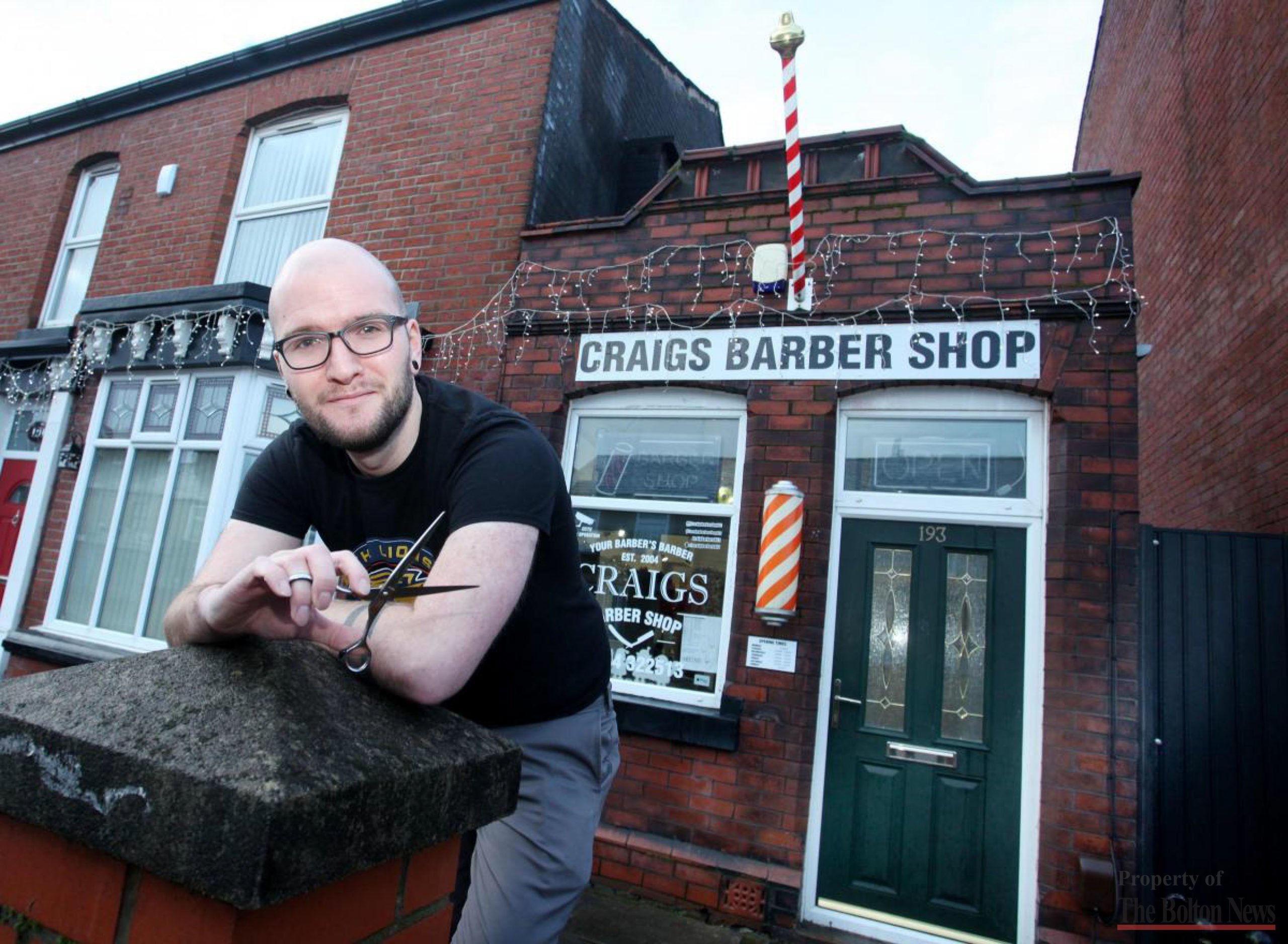 Craig Henderson of Craig’s Barber Shop in Bolton is putting mental health awareness at the top of his agenda for his customers. “Last year I tried to connect with the local business community in support of Mental Health Awareness Week but the efforts fell on deaf ears, so I started looking around for ways to help and found The Lion’s Barber Collective,” says Craig. Craig reached out to founder Tom Chapman and signed up to the Lion’s Barber network to offer help and support to his customers. Craig completed the  Barbertalk Lite programme and the training has transformed his approach to challenging conversations and discovering the best way to encourage customers to open up about their struggles.

Craig says “It’s so common for men to see opening up as showing a sign of weakness. Society thinks that being man is about putting on a brave face. I wanted to make a difference.” Craig has reached out to local support services including the Samaritans so he can help his clients access the support that the need, he has also put up posters in the shop and proudly where’s his Lion’s Barber Collective #heretotalk pin badge. Craig’s efforts are already delivering results especially with young teens in the community.

In 2018, there were 6,507 suicides registered in the UK, an age-standardised rate of 11.2 deaths per 100,000 population; the latest rate is significantly higher than that in 2017 and represents the first increase since 2013. Globally someone dies by suicide every 40 seconds. (Source: www.thelionsbarbercollective.com).