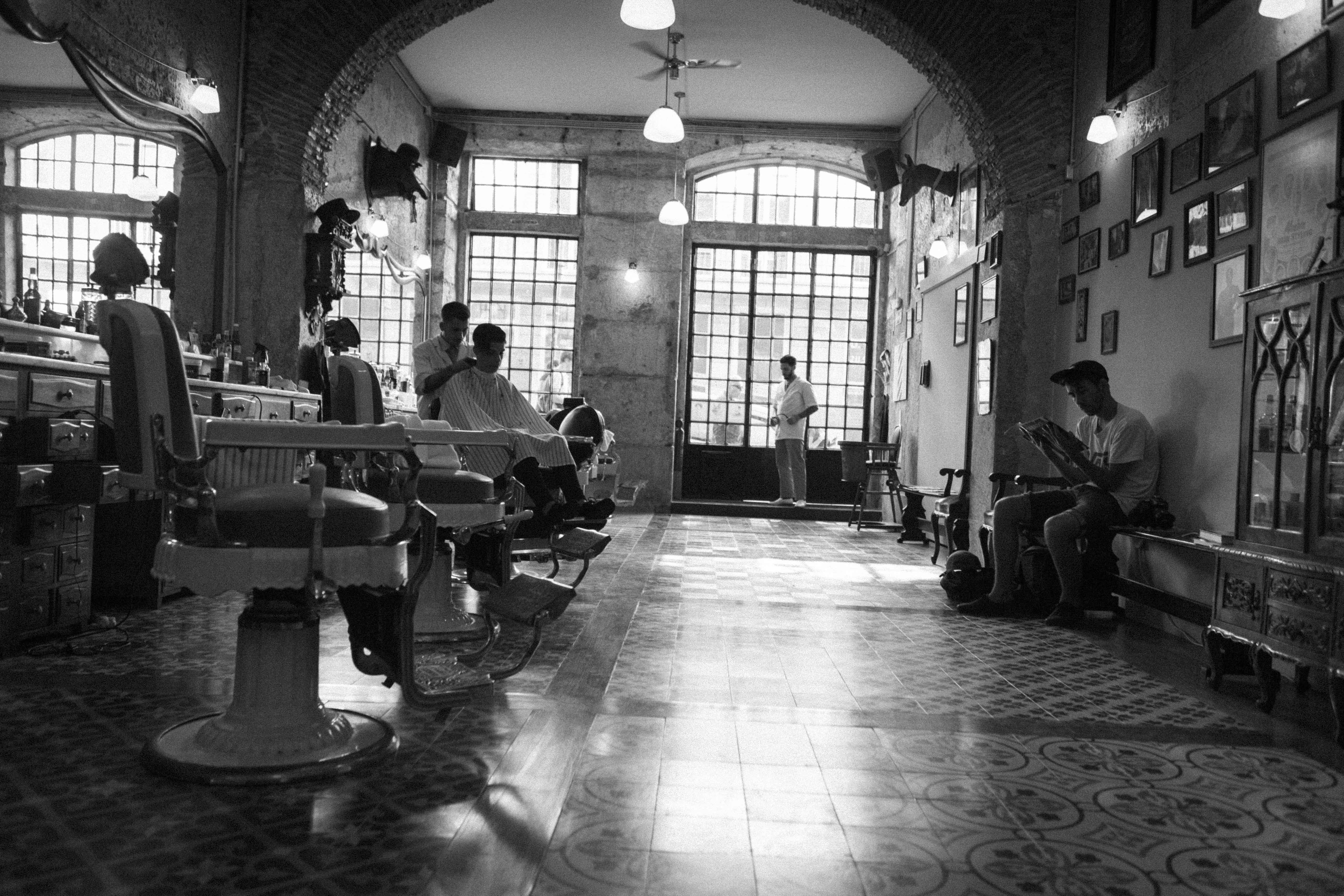 For Fabio Marques, Figaro?s was his home coming in so many ways because for years he had strayed from the craft and his native country. His role as an International Tax Manager with global conglomerates took him to live and travel in Belgium, Denmark, Asia, Africa America, Switzerland and Holland. In the early months of 2011 F?bio was in Rotterdam and needed a haircut, he stepped through the door of a newly opened shop called Schorem Barbier and the rest is history. ?I grew up over a barbershop and I was always getting under the barbers? feet. The barber got fed up with me and I felt bad so I offered to work and that?s how I learned. I kept cutting all the way through college and beyond and loved it. When I came to Schorem I realised that my dream of what a barber shop could be was possible? explains F?bio.

F?bio?s vision is now a reality and it took two and a half years of planning, while holding down his corporate role. His 18th century space had been many things including a sports car showroom and a store selling towels and linens. The incredible and delicate tile floor need to be preserved and it took a lot of work to make the space fit the reality of a traditional ?American? barbershop. In just two short months F?bio was ready to jump ship from the corporate world and embrace his inner barber. F?bio says ?The shop is on a busy street that connects two main streets with lots of bars and restaurants. There are always people coming and going. Our shop is really something special because barbering is totally insignificant in Portugal. There is a new generation coming, just a few of us and we have to take make quality barbering a good choice for customers. In Portugal men that want good style have historically turned to unisex salons but we are giving them back their masculine identity. Portugal is a very conservative country and we have had resistance from women that feel we are discriminating but it?s not about disrespecting women customers, it?s about respecting men and we stand by that.?

F?bio devotes every Monday to training. There is no barber training structure in Portugal and no good schools. The future of Figaro?s will soon be using some of that back room space for an academy to inspire and teach a whole new breed of barbers. With three apprentices, F?bio is growing just as fast as he can and with every quality customer style that hits the streets of Lisbon, he has a walking talking billboard for great and true barbering.

FB figaroslisboa, figaroslisboa.com, drop by and shake F?bio?s hand at Rua do Alecrim 39, Lisbon ? you can see the Ocean from there.