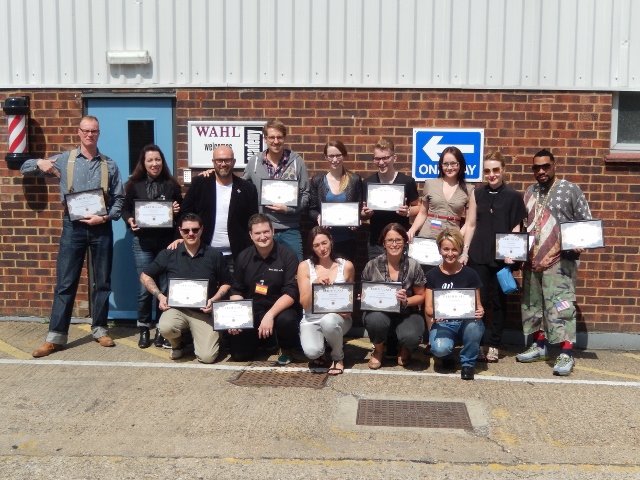 When you?ve got a global network of educators to train, then you might as well do it all in one spot and what better spot than the British seaside in the summer! Simon Shaw brought the world to Wahl HQ in Herne Bay to run an intense two day ?Train the Trainer? course and teamed up with guest educators from the USA. The skills covered were as broad as the countries that were represented which included Russia, France, Germany, Italy, Spain and Brazil.

Congratulations to the Wahl global educators.