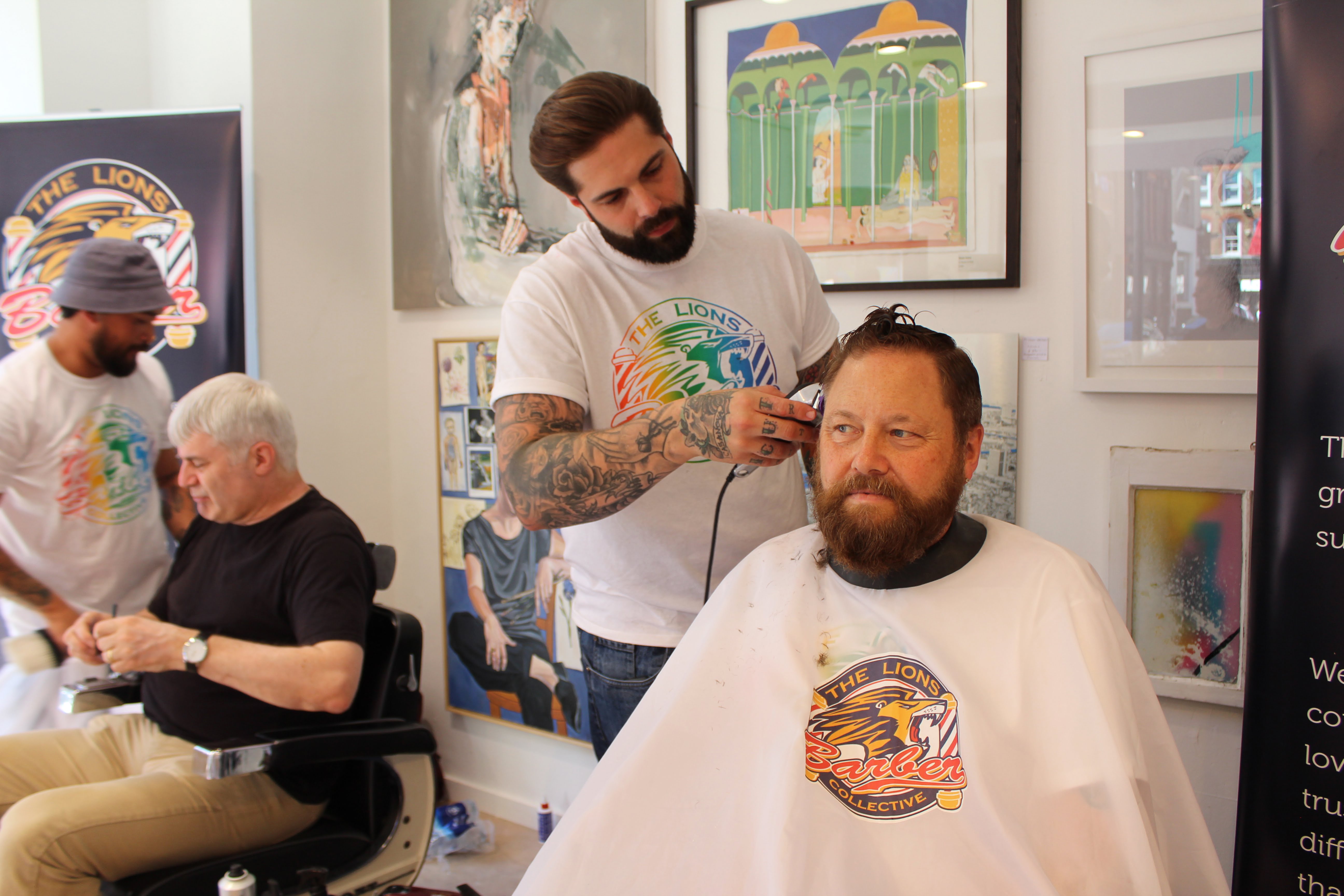 Tom Chapman and The Lions Barber Collective delivered a pop up shop at this year’s London Pride. Men were invited to step inside the The Lion’s Den support group in Soho, London on July 2nd to receive a haircut and a chat with the barber or, if preferred, London-based psychiatrist Martin Seager.

“We were contacted by London Pride to see if we would like to provide a pop up barber shop with all haircuts undertaken for a donation towards London Pride. It was our first ever pop up Lion’s Den,” says Tom Chapman.

The event was part of the Collective’s campaign to spread awareness of men’s mental health issues, reduce the stigma attached to it and ultimately bring down suicide rates. Tom holds a monthly Lion’s Den on the last Friday of the month for the last two hours of opening time at Tom Chapman Hair Design in Torquay.

Want to get involved? The creation of the Lion’s Den Project means there is also now an opportunity for you to hold a Lion’s Den in your shop. If interested you can contact Tom Chapman direct via tomchapmanhairdesign@gmail.com for an agreement form and all the information.