Home Features The Mob Club: Built from the ground up 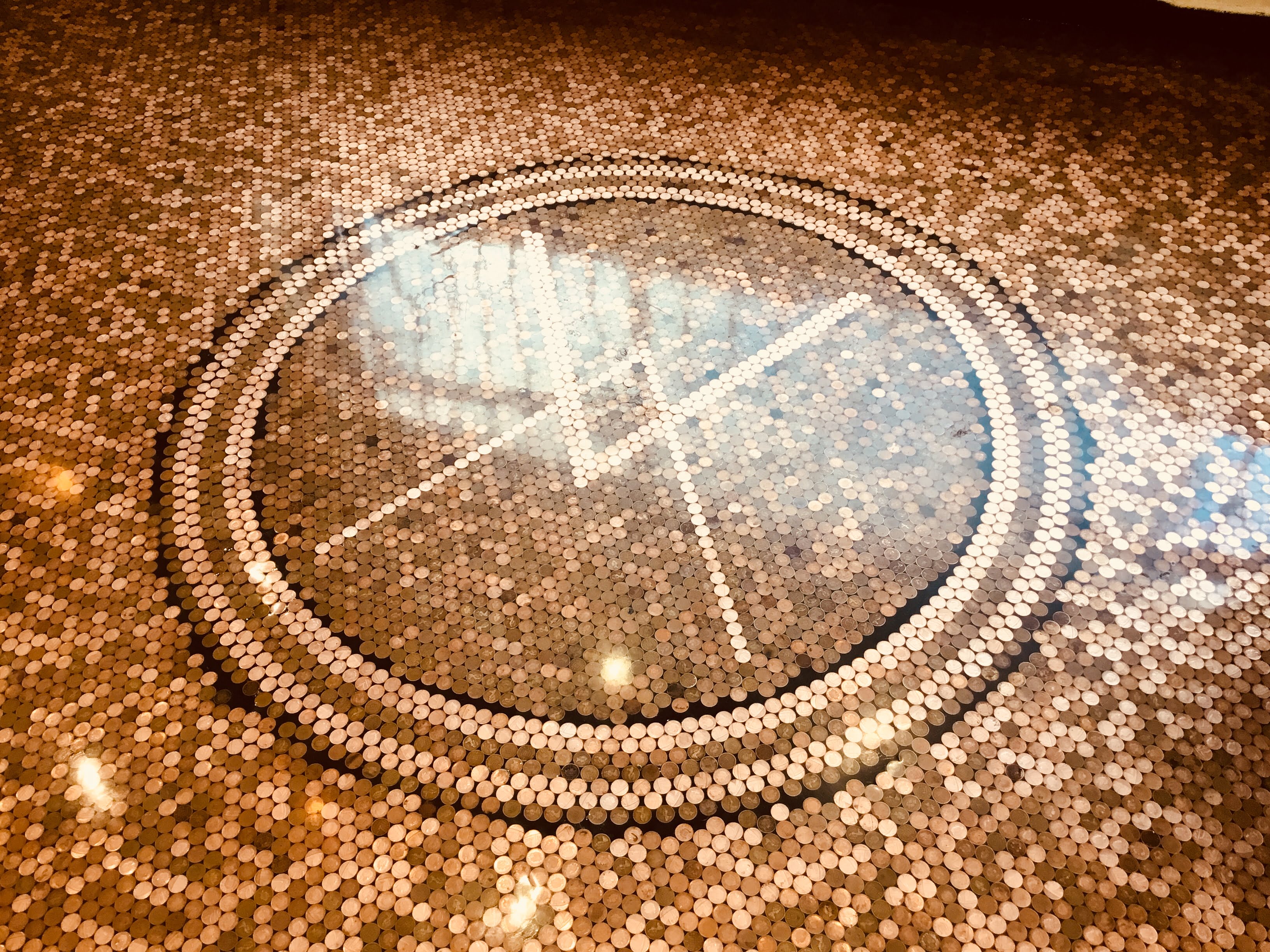 It’s a long journey from the cobbles of Coronation Street to painstakingly laying a shop floor with 60,000 copper pennies, but Matt Vurley has made it. Welcome to The Mob Club in Southport.

Four years ago Matt Vurley was looking for something to fill the gaps between TV production contracts. Working freelance at places like Media City in Salford, and on shows including Coronation Street, times were changing. He enrolled on a barbering level 2 course at Southport College and “fell in love instantly.” The feeling was mutual —both Barber Barber and the The Master Barber’s Shop snapped him up. When personal tragedy struck last year for Matt, with the loss of his younger brother Dan, he decided to follow his dream.  “For the vast majority of us it takes something like that for us take a leap of faith; a belief in our heart and mind that it’s right thing to do for yourself and your family. And when you have an amazing wife, family and friends that support that idea and decision there’s only one way to go, forward!” Spotting an opportunity for a barber shop at The Warehouse Gym in Southport, the idea for The Mob Club was born. “It made sense to put a barber in there because you’ve got all these guys already going in there and attending body building competitions,” says Matt.

“I was taken to hospital in an ambulance and got a telling off by the doctor and my wife, who put me on the down low for a few days”

Keys in hand, the floor work began. Laying 60,000 pennies onto a floor might seem like an arduous task but the biggest battle came before a single penny was laid. “I had a nightmare with the screed — it wasn’t setting,” says Matt, who had to pull the whole lot up. The drama, which delayed the opening of the shop by a week, didn’t end there. Twenty hour days, a lack of proper food and water during that time and the stress led to Matt collapsing at home one evening.  “I was taken to hospital in an ambulance and got a telling off by the doctor and my wife, who put me on the down low for a few days.”

“I had hoped to be open by my birthday but instead spent the day with my wife, my best friend and even some neighbours fixing 60,000 pennies to the shop floor”

Rested and raring to go again, a start was made on the show-stopping floor. It was to include The Mob Club logo, an interlinking V and A which symbolises Virile Agitur, latin for the manly thing is being done. The dull coins were painstakingly separated from the shiny ones to create the V and the A and the circle around them. “This is harder than you think,” says Matt. “You don’t just get the dull and the shiny, you also get the inbetweens!” To polish up some of the pesky ‘inbetweens’ they used salt and vinegar in water (tip: better than diet coke, apparently). Silicon was used to affix the coins that made up the logo, in order to get a more accurate placement. Black grouting made the pennies pop and Clear Epoxy Resin was used to protect the floor. “I had hoped to be open by my birthday but instead spent the day with my wife, my best friend and even some neighbours fixing pennies to a shop floor,” says Matt.

Matt’s vision was a “1920s Speakeasy look with my own twist”. A black and copper theme resonates throughout the finished shop. Matt has fitted it out with a fully working copper till, a haberdashery, bespoke benches, brick slips along the walls and an eye-popping sign featuring two foot high light up marquee letters which can be seen from the road, about 200 metres away. Some old writing desks from eBay were given a blackened appearance. “I burnt them with a blow torch in a Japanese charring technique called Shou Sugi Ban,” says Matt.

The Mob Club opened its doors on Saturday December 16th 2018 and it’s not just the clients who are wowed when they walk in. “Every time my wife walks in the shop she says ‘I love our shop’ and we both agree it’s because we did everything ourselves,” says Matt. “Even down to the metro tiles on either side of the stations — she’s never tiled before in her life but she did it, grouting included. It’s taken blood, sweat and tears but the result is definitely worth it.”