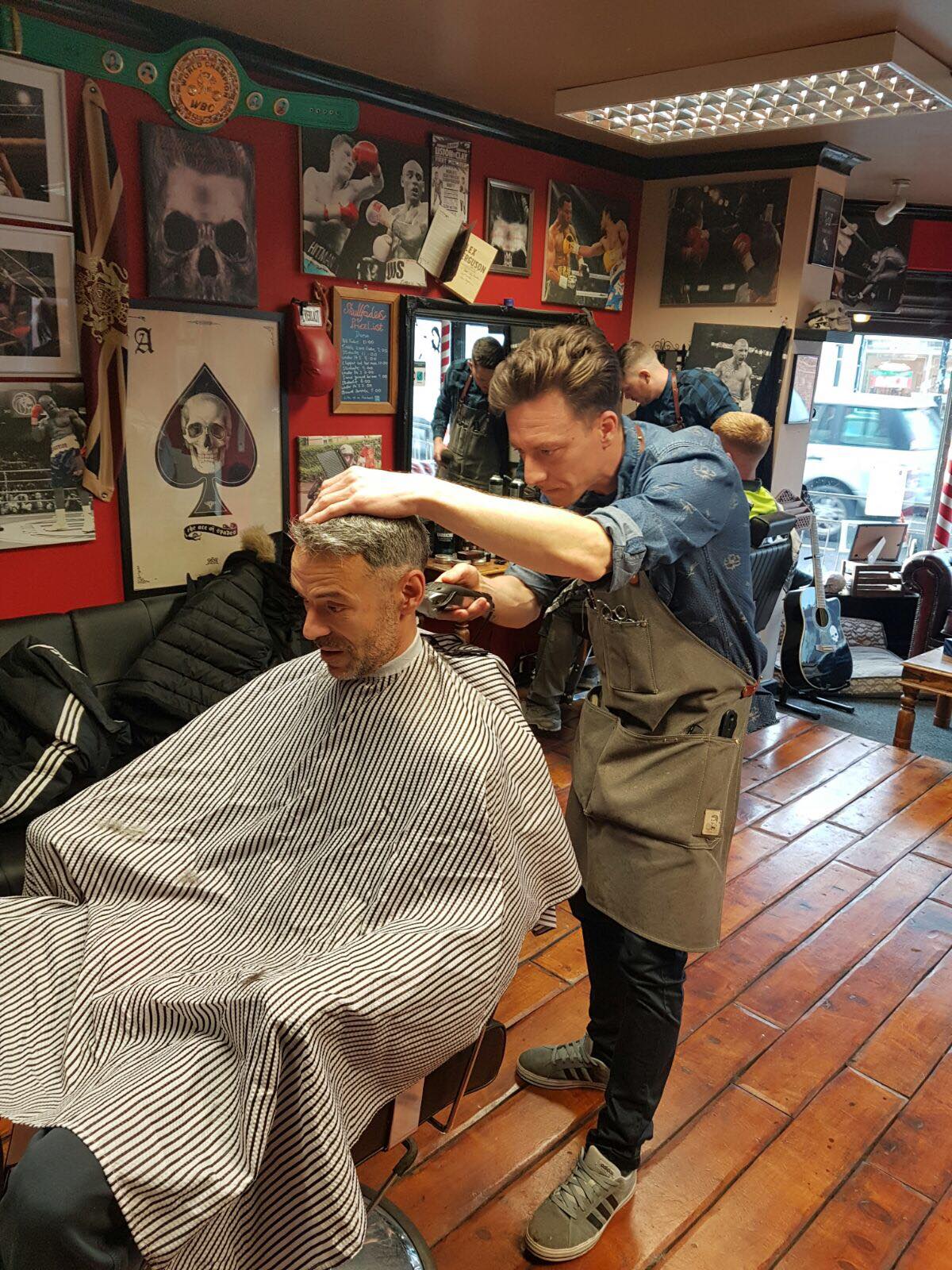 Ged King, owner of Skullfades Barber Shop in Sale, is something of a local legend in Manchester, ever since he took to the streets to give haircuts to homeless people. Not one to sit still, he’s now giving hope to the homeless by training them up as barbers in the back room of his shop.

“I used to cut hair at the Barnabus homeless charity on my Mondays off,” says Ged. “Then I thought, what about training some of these people up?” Ged worked with Barnabus to find suitable candidates and decided to utilise the back room of his shop. Renovations are already underway. “It was only being used for staff to have a brew. To do it back there is a better use of my time, allowing me to have Mondays with my family,” he says. Ged is looking for businesses to sponsor the planned new chairs in the back room at a cost of £40 per week. Several businesses have signed up to sponsor a chair, with one already signed up for a year. “The sponsorship allows us to offer the guys a wage rather than coming in for free,” says Ged. “But we’ll be offering the training anyway.”

Ged says there are already six potential trainees waiting to start. “These are people that have had a rough time, some are street homeless and some have suffered from addiction. The key is to find people who want to change and to give those people an opportunity to do so,” he says.

Ged visits streets, shelters and hostels with the Skullfades Foundation, a team that includes counsellors, addiction coaches and photographer Jenny Winstone, founder of  The Mancunian Tribe, a photography series celebrating community, compassion and kindness in Manchester.

Find out more about the team’s amazing work on Facebook @SkullfadesFoundation.