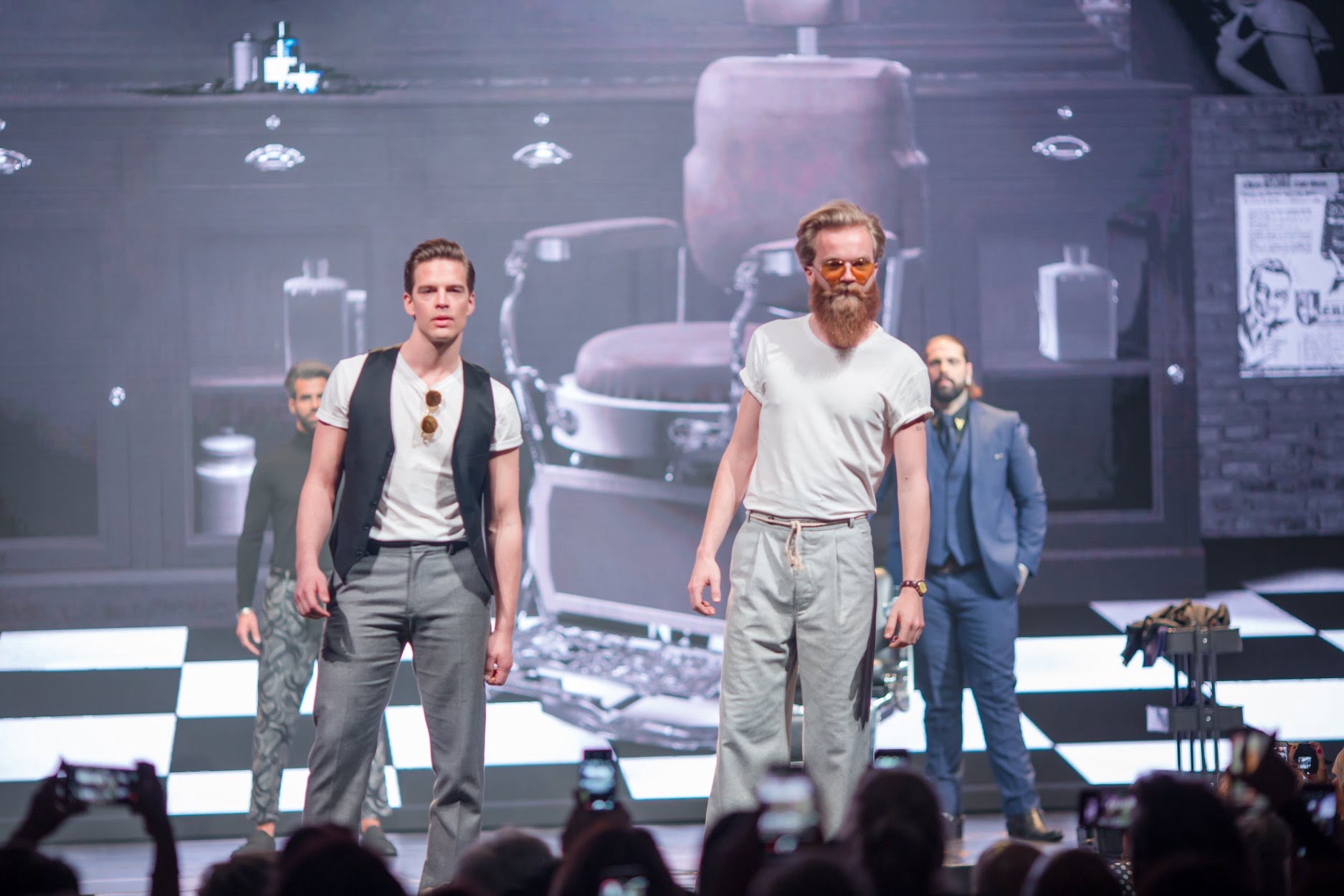 On Sunday April 15th, Keune ambassadors Tom Chapman and James Beaumont took part in the Keune True Beauty 2018 show in the Machine & Steel Works Factory in Utrecht in The Netherlands. Two barbers, fifteen minutes and an audience of 2000 people from 34 different countries – if nerves got the better of Tom or James, there wasn’t time to let them show. Especially in the presence of some of the leading names in hair including Ilham Mestour, Marriët Gakes, George Alderete, Roberto Tarla, Jean Baptiste Mazella and Dove Palmer. “It’s a huge show, down to the sheer size of the stage and the crowd, and we were surrounded by some of the industry’s finest,” says Tom. “It’s a major experience,” agrees James. “It pushes you, it makes you feel alive, it’s gutsy.”

Crucial decisions about what aspect of the hair would be left for the two or three minutes per model on stage were made on Friday during prep at Keune HQ. Tom was asked to look after a male model from the Street Salon part of the show, as well as the 1922 J.M. Keune models. Three remaining models were prepped backstage on Sunday morning, before rehearsals and finally showtime. Any nerves were eased by an opening showreel about how George Keune sr. is building his brand. “Keune makes you feel like part of the family,” says Tom. “You don’t often get that with the big international brands.”

For his first model, Tom produced a long clipper cut with layers put into the front, using Keune 1922 Premier Paste and Pomade to finish. “I added graduation to the back of my second model’s hair, which was mimicked on the beard. I used Keune 1922 Beard Oil and Beard Balm.”

James lifted his first model’s hair three weeks prior to the show, to create a contrast between the dark sides and the lighter hair on top. “On show day I toned the hair a lilac grey colour and I cut the sides leaving a weight line on one side. I saved the clipper fading for the last two minutes on stage, fading from 1.5 to 0.5. I used Premier Paste on the blow dry,” he says. “For my second model, I used the Pomade and a wide-toothed comb, creating side burns that follow the jaw line.”