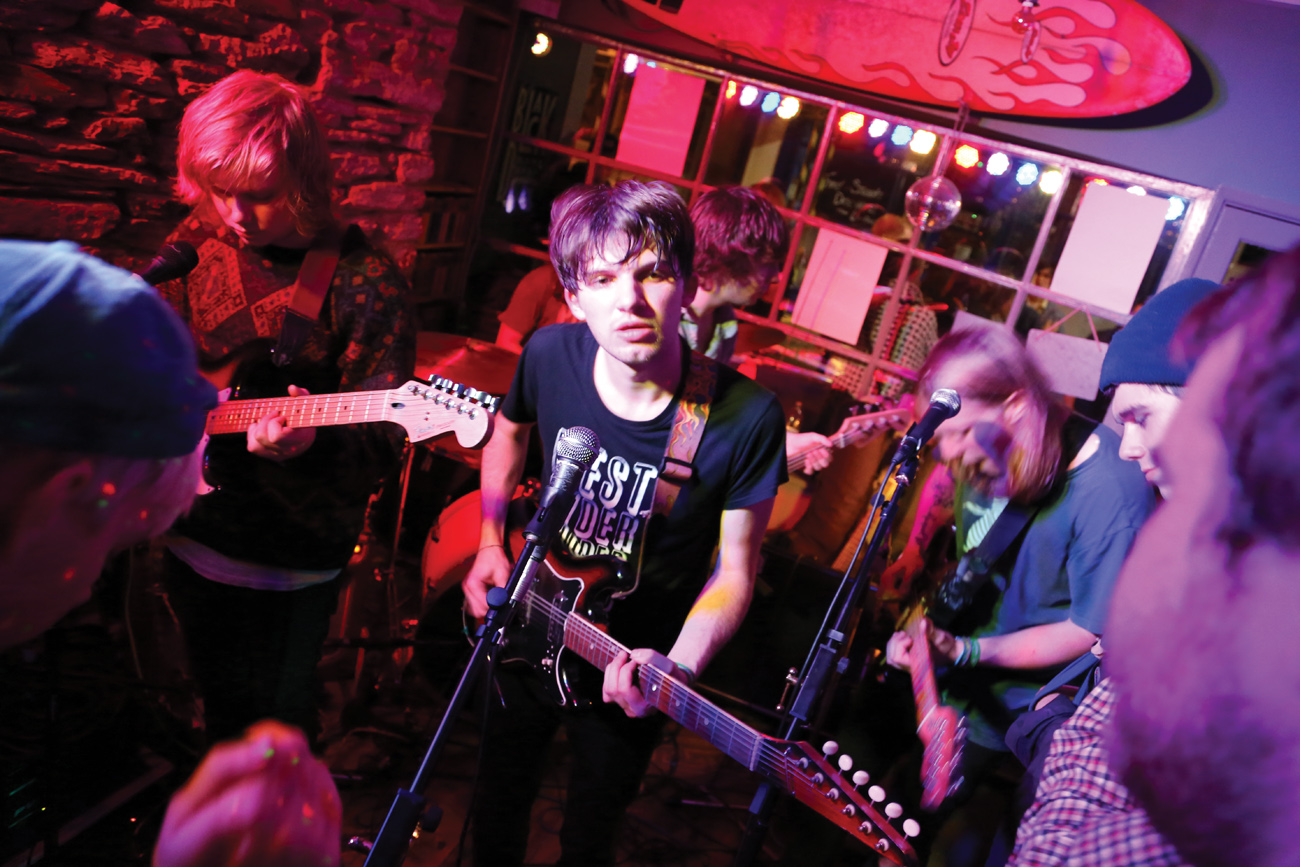 Barber shops up and down the UK love their music. From vinyl nerds to vintage radio buffs ? the barber culture is marching to its own beat. Black Dog Haircutters? owner Guy Clarke (@blackdoghairbarbers, blackdoghaircutters.co.uk) transforms his lower ground floor barbershop into an ad hoc music venue and invites bands to play one off, intimate gigs for up to 100 people. The shop can even keep running during a gig as Guy has late night opening and another floor above the venue. ?I think creativity is the common link between music and barbering and it brings loads new people and kooky kids to the shop,? explains Guy. Those kids coming to barber shops are the life blood of the music industry. Thanks to the YouTube generation the world has instant access to an endless stream of amazing music talent. Gary Bedford owns The Barber?s Chair (FB the-barber-chair.com) in Seaford and as a huge music fan he was quick to spot a great sound when a handful of youthful customers turned out to be ?We are Lions? @wearelionsUK, a local band that?s just breaking through to the European festival circuit. Band spokesman Tom Logan says ?We came up with the idea of creating a little underground music video blog on YouTube and that?s how ?Songs from the Barber?s Chair? started.? Gary adds ?Music is huge for me and when our local town puts on late night shopping, I always book a great band to play, it?s a way of saying thanks to the customers.? Live music in the shop is always a showstopper and when Dan Rix of The Master Barber?s Shop (@master_barbers) in Southport spotted ragtime funk band Sheesham & Lotus & Sons (@sheeshlo) playing at the theatre across the street from the shop he owns with his father, he got in touch. ?My dad, Robert, began his career on the Kings Road in the 60?s, a massive moment in music history and I?ve worked as a DJ. Sheesham came all the way from Canada to play their unique ragtime sound and I invited them into the shop for a cut and a little music session. It was brilliant!? explains Dan. Iconic style and iconic music go together and what better second career could a musician need than barbering! ?I would watch MTV with my brother and try to recreate certain looks. This included anything from busting out the clippers and shaving?up my brothers? friend?s hair, then dying it green to look like Keith Flint from ‘The Prodigy’!? says drummer and barber trainee Damien Diablo. A decade on and Damien?s band ?Night by Night? (@nightxnight) is on the threshold of launching their debut album but he?s decided to put a little structure into his barbering skills and get officially qualified. Justin must be relieved!