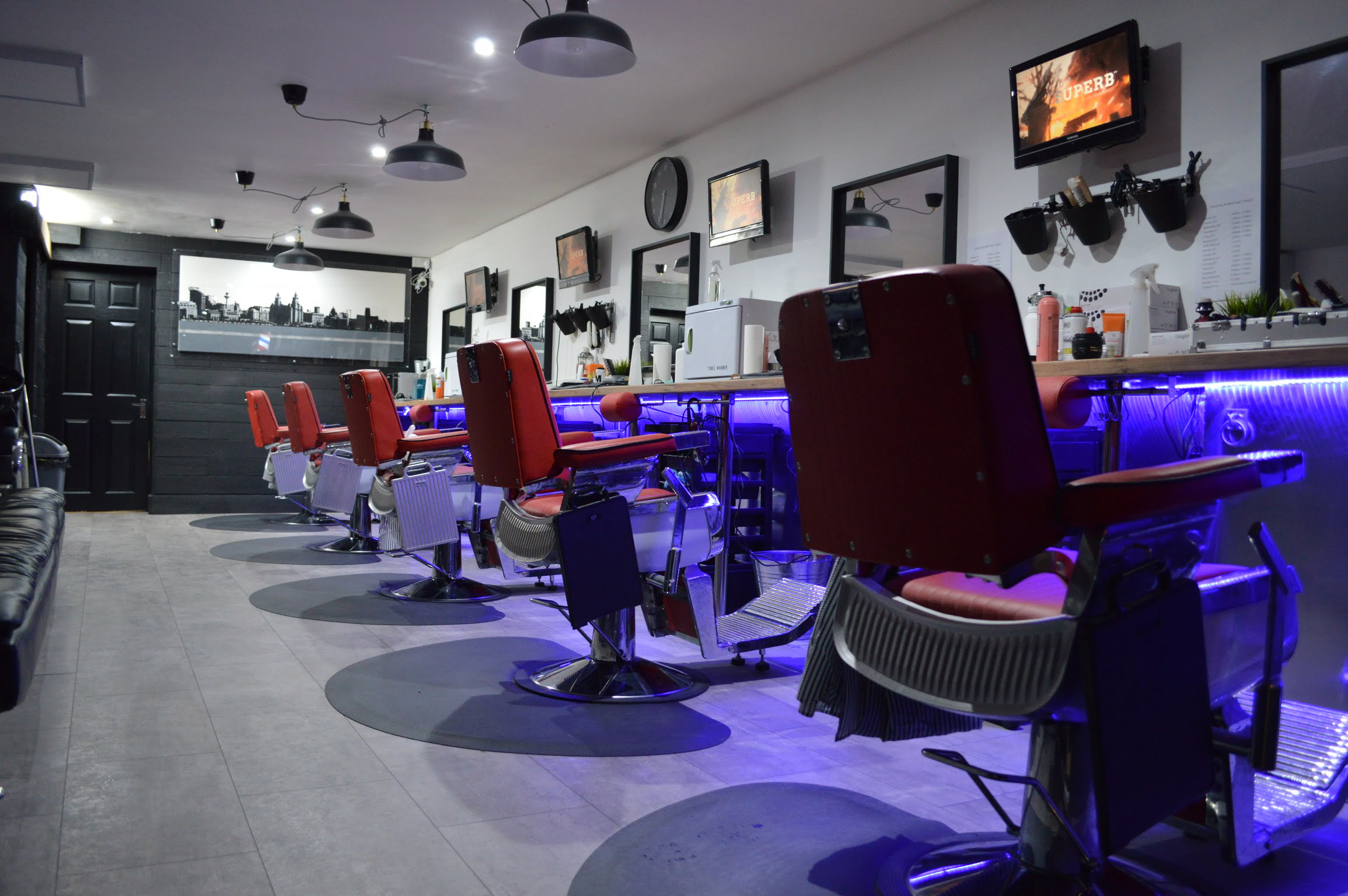 Veganism is hitting the headlines at the moment and one man who is already on board is Michael Anderson from Son of a Barber in Maghull, Liverpool. He’s turned his existing shop, L31, into the only vegan barbershop in the UK.

How did the idea for a vegan barbershop come about?
My Dad was a barber, I’ve been barbering since I was 14 and I opened my own shop L31 when I was 22. I’ve been a vegetarian since I was five years old because, at that point, I just didn’t like meat. At school in the 1990s and early noughties I was considered the weird one for being vegetarian. I wanted to eat meat to be like everyone else! In May 2016 I watched a few documentaries about dairy production, became a vegan and started saving money to create a vegan shop. As a vegetarian I had always put leather to the side, as a meat by-product, but as a vegan I couldn’t. I had to get rid of a brand new car because it had leather seats!

How do you turn a shop vegan?
Getting rid of leather seats is the easy part. We installed REM chairs which are not leather and we bought faux leather waiting sofas. Hair brands were trickier. I didn’t realise how many brands aren’t cruelty-free and Unilever, one of the worst offenders, own so many smaller brands. We use Paul Mitchell which is cruelty-free and the PM website highlights which products are vegan. Salon Services carries a Swedish range called Maria Nila which is vegan and cruelty-free and they have a male hair wax I’m going to try. We also use IQ Clever Dust. We’ve started offering nose waxing, and it was a real pain finding wax that is vegan. We went for Hive hot film depilator.

How do clients react to non-dairy milk in their coffee?
We offer offer complementary Budweiser, which is vegan, and water. If we offer tea or coffee we mention we’ll be using soy milk. Some clients say, “Oh actually, I’m OK thanks” but others will start asking questions. I’m not dead pushy but I’d love the whole world to go vegan and I’d like to reduce animal exploitation as much as I can. So if someone asks why we carry soy I do tell them it’s because of what I have learnt about dairy production. So many people still believe the “Happy Eggs”-style advertising and truly believe that cows just eat grass and make milk. Then there are things like kids sweets to give out at the end of the haircut. I discovered that Swizzels Fizzers and Parma Violets are vegan. You do get some kids asking“ Where’s the Haribo?” and we just have to say we don’t have Haribo anymore.

So furniture, products and refreshments, is that everything covered?
We use Co-Op cleaning products which include no animal ingredients and the same with our washing powder for towels. We made sure our brushes were vegan. Everyone thinks you have to have a badger brush but when you look into it, a lot of them come from China where there are no laws around this and the badgers are skinned alive then shaved before being used for meat. There are lots of televisions in the shop and they can include plastic that contains animal products. There are going to be parts of life that you can’t control. I think I’m years off from being the norm but I am a point of reference for other barbers. My aim as a vegan is to use as few animal products as possible and preferably none.

Do you make a big thing of being a vegan barbershop?
We mention on our social media page that we’re the only vegan barbers in the UK. But I’m cautious because it still can affect custom. People still have a negative view of it. But for many people it’s becoming more important. I was sitting in a vegan cafe the other day and I was checking the reviews on an app I have called Happy Cow that shows you where all the local vegan places are. Some of the reviews mentioned that the cafe had leather couches. Some vegans really care about the details so doing it properly makes sense and gives me peace of mind.