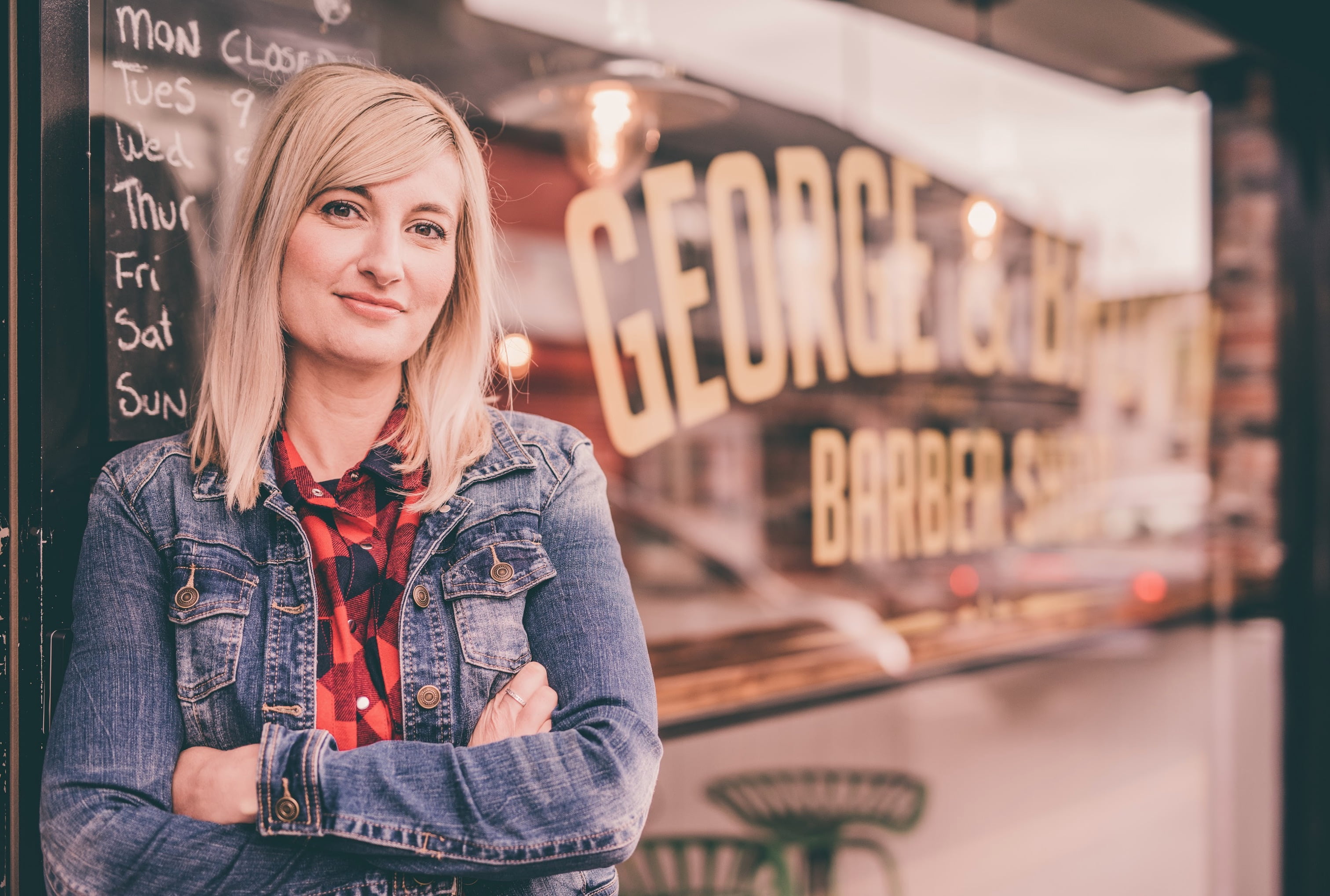 After leaving her home town in New Zealand and traveling around Australia and the UK, Rachael Brown has finally put down roots with her own vintage retro-style barber shop George & Brown in Newtownards. We chatted to Rachael to find out how she wound up in a town in Northern Ireland and what’s in store for her “oasis of calm”.

When did you know you wanted to be a barber? My interest in hairdressing began when I was seven years old. I qualified as a hairdresser in my hometown in New Zealand and worked in my first barbershop in 2000. I sort of fell into it when I moved town but I loved learning more about clipper work, combining it with scissor work such as splicing.

Twenty years since then you’ve moved from New Zealand, travelled around the world and have ended up in Northern Ireland – how did that happen? Since leaving New Zealand, I have moved three times in Australia and four times in the UK. My husband Colin is from Northern Ireland so that’s where we settled two years ago. It’s always been my dream to open my own shop – Colin and I have been chatting about the idea for George & Brown for four or five years but the timing was never right to put down roots!

What was your vision for George & Brown? George and Brown are my maiden and married names. I wanted it to be a shop that I would walk past and think ‘That looks funky, I’d like to go in there.’ We’ve gone for the vintage, retro theme and we have a tattooist who rents one of our rooms upstairs. We offer a hot towel treatment after every adult cut, hot towel shaves, beard trims and gift vouchers. We are in the process of bringing out our own product range, starting with three products.

Do you have plans to expand the shop? Yes. We have a lot of room in the shop: a room above us that is rented by the tattooist, and another room above that, and a room out the back which is even bigger than the shop. We are definitely now settled here with a seven month old baby, and alongside that, I’m training Colin to cut and style and he’s done a hot shaving course.