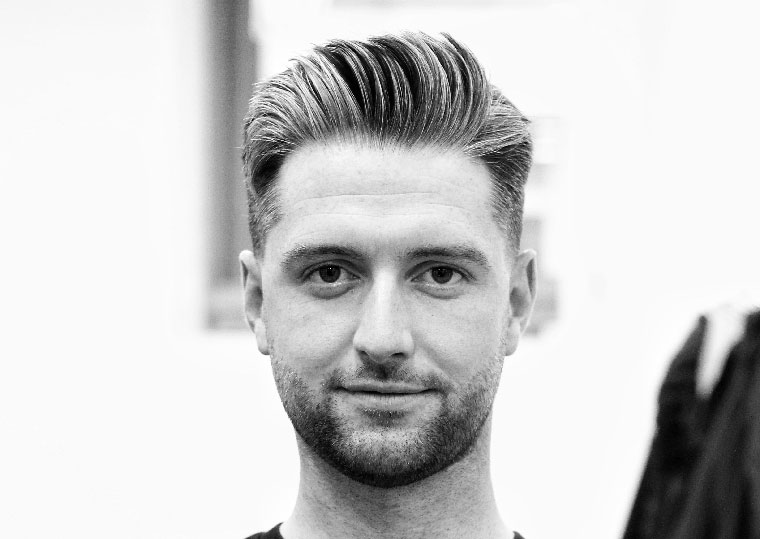 “Chris devotion and commitment to American Crew over the last three years has been exceptional.  As the 2018 & 2019 All Star Challenge winner for IE he has shown drive, incredible technique and enviable creativity.   We believe outstanding education begins with a positive and supportive approach and we are proud and excited to welcome Chris to Team Crew where he will start his journey to become an internationally renowned educator and member of the global American Crew All-Star team.” Matt Horder, Revlon Professional Commercial Director for UK & IE

Team Crew, is the first step to becoming a member of the elite American Crew All Stars.   A unique programme where Chris will be trained by the Global All-Star team including American Crew Creative Director Paul Wilson  and Director of Global Education Phoenix Thomson.  As well as being mentored in the UK with All-Star members Ian Harrold, Nick Taylor, Izaak Brading and Ian Tucker.  As a member of  Team Crew, Chris will assist the UK & IE All-Star team delivering education across the UK at both the American Crew Academy as well as dedicated education in American Crew Salons & Barbershops.  Chris will also assist on acclaimed stage and show work.

Chris has been in the industry nine years, building up a loyal clientele in Killarney, Ireland, where he is Manager of ST4men which is the men’s division of Sean Taaffe Group.  In recent years he has gone on to feature in numerous national magazines as well as win multiple awards in Ireland and two global titles.  Most notable was winning back to back Irish titles in the American Crew All Star Challenge in 2018 & 2019, before going on to represent Ireland at the American Crew ASC global finals in New York in 2019. Another highlight was winning the Alternative Hair Show Men’s Cut and Colour Global final which was held in the prestigious Royal Albert Hall in front of an audience of 5000 people.

Chris explains “Getting to join Team Crew is an unbelievable opportunity and a massive step in my career.  Joining a global brand is a dream come true, especially the fact that it is American Crew.  They are the leading men’s hair product brand, always at the forefront of haircare innovation and always a step ahead of the trends. I am so excited to get started with the team, having met so many of them over the past few years at different events. I can’t wait to train with them and eventually to educate alongside them.“

What does the Spring 2021 Budget mean for barbers?