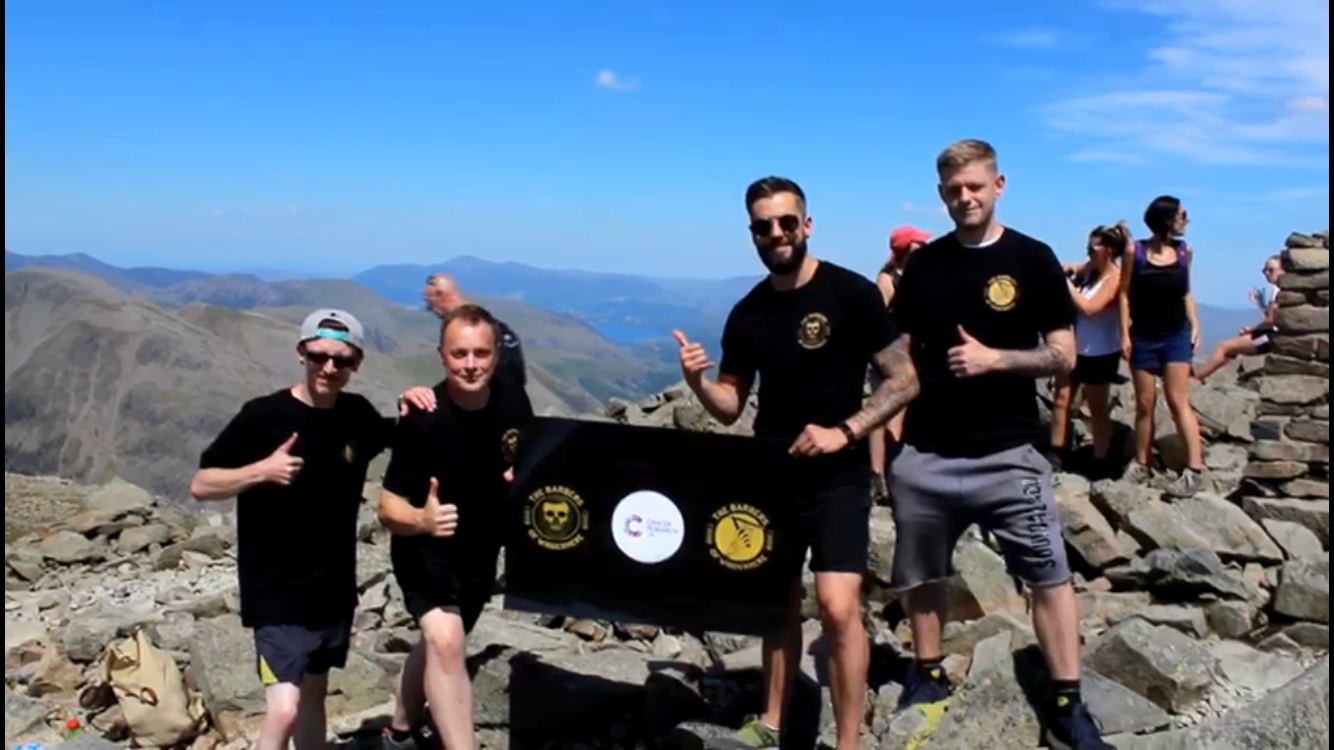 On July 1st Keith Dewhurst and James Scott, co-founders of The Barbers of Windermere, took their team up the Cumbrian majesty of Scafell Pike to do a spot of high altitude barbering in aid of Cancer Research. The idea formed in March, as the team wondered how they could celebrate their one year anniversary. “We looked at the world record for the highest hair cut but that turned out to be ridiculous. Scafell Pike is on our doorstep so we decided to try that, for charity,” says James.

The group climbed the 3,207 ft (978m) mountain after hearing client after client talk about how cancer had affected them. “So many people are affected by it. A client of ours, a good friend, is going through it for a second time, so it just seemed the obvious cause.”

The first day in July was chosen in the hope it would deliver some good weather, and it didn’t disappoint. Five barbers, each with a client, set off at 8.30am. “Every 100 metres up the mountain sees a temperature drop of one or two degrees, so by the time we got to the top, which took three and a half hours, it was about fifteen or sixteen degrees but still felt very hot,” says James. James’s brother, a web designer, shot a video of the event. The team want to reach their £2000 target, at which point they are going to plan their next ascent, with Ben Nevis and Snowdon in their sights. Donations to Cancer Research via James and Keith’s Just Giving page, can be made here: