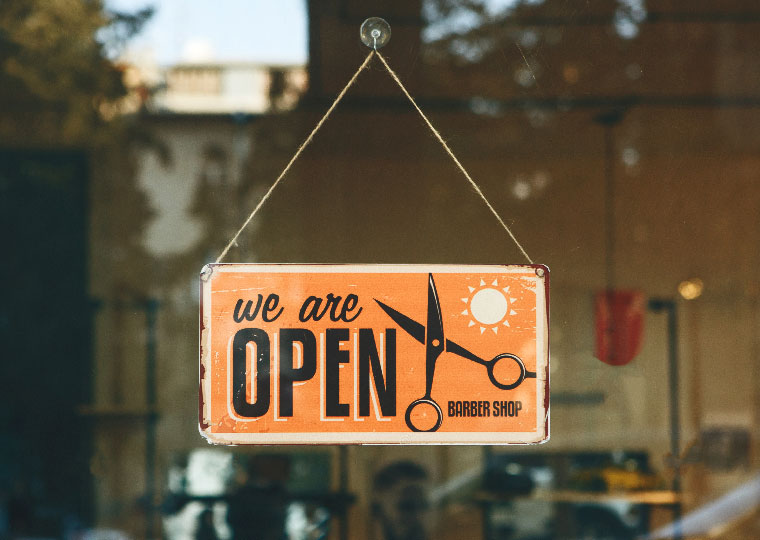 Prime minister Boris Johnson has announced that shops, hairdressers, gyms and outdoor hospitality will reopen on 12 April in England if strict conditions are met, under plans being set out by the PM. Meanwhile in Scotland, a date of 26 April has been announced.

Prime minister Boris Johnson set out his four-step plan to release England from lockdown in the House of Commons at 15:30 on 22 February.

Boris Johnson says his roadmap will “cautiously but irreversibly” ease restrictions in England. The threat of Covid-19 remains “substantial”, he says. He continues that no vaccine can ever be 100% effective.

The new four-step plan to ease lockdown could see lockdown (and all legal limits on social contact) lifted by 21 June.

It requires four tests on vaccines, infection rates and new coronavirus variants to be met at each stage. Boris concluded his statement by explaining that  the government will publish a plan for dealing with local outbreak and variants of concern next month. He ended his statement by saying “it is important to be cautious, and humble in the face of the virus. But the end is in sight.”

The second step comes from 12 April when …

17 May – Most restrictions outdoors will be lifted, subject to a limit of 30 people. This is the point where you will be able to see your friends and family indoors subject to the meeting of two households. Pubs and restaurants indoors will also be permitted to open – along with cinemas, theatres, sports stadiums and some other venues.

From 21 June – Weddings can reopen

The wedding industry, which affects a number of grooming specialists and barbers, will be able to reopen from 21 June. At this point all limits on social contacts should be lifted and Boris added that large events like weddings should be able to go ahead.

The situation in the rest of the UK

Scotland’s First Minister Nicola Sturgeon revealed on 23 February that the country is to restore Scotland to its five-level system of coronavirus rules from Monday 26 April. This would also be the time that hairdressers and barbershops would begin to open their doors once more.

Lockdown in Wales will continue for a further three weeks until at least mid March, the Welsh Government has announced. Hair and beauty salons and spas in Wales will remain closed.

Hair and beauty salons in Northern Ireland remain closed until at least April 1, as the nation’s COVID-19 lockdown has been extended/ First Minister Arlene Phillips announced on 18 February that the lockdown restrictions across Northern Ireland will be extended until April 1.

Ask Mr Mills: How do I recruit well-trained barbers?