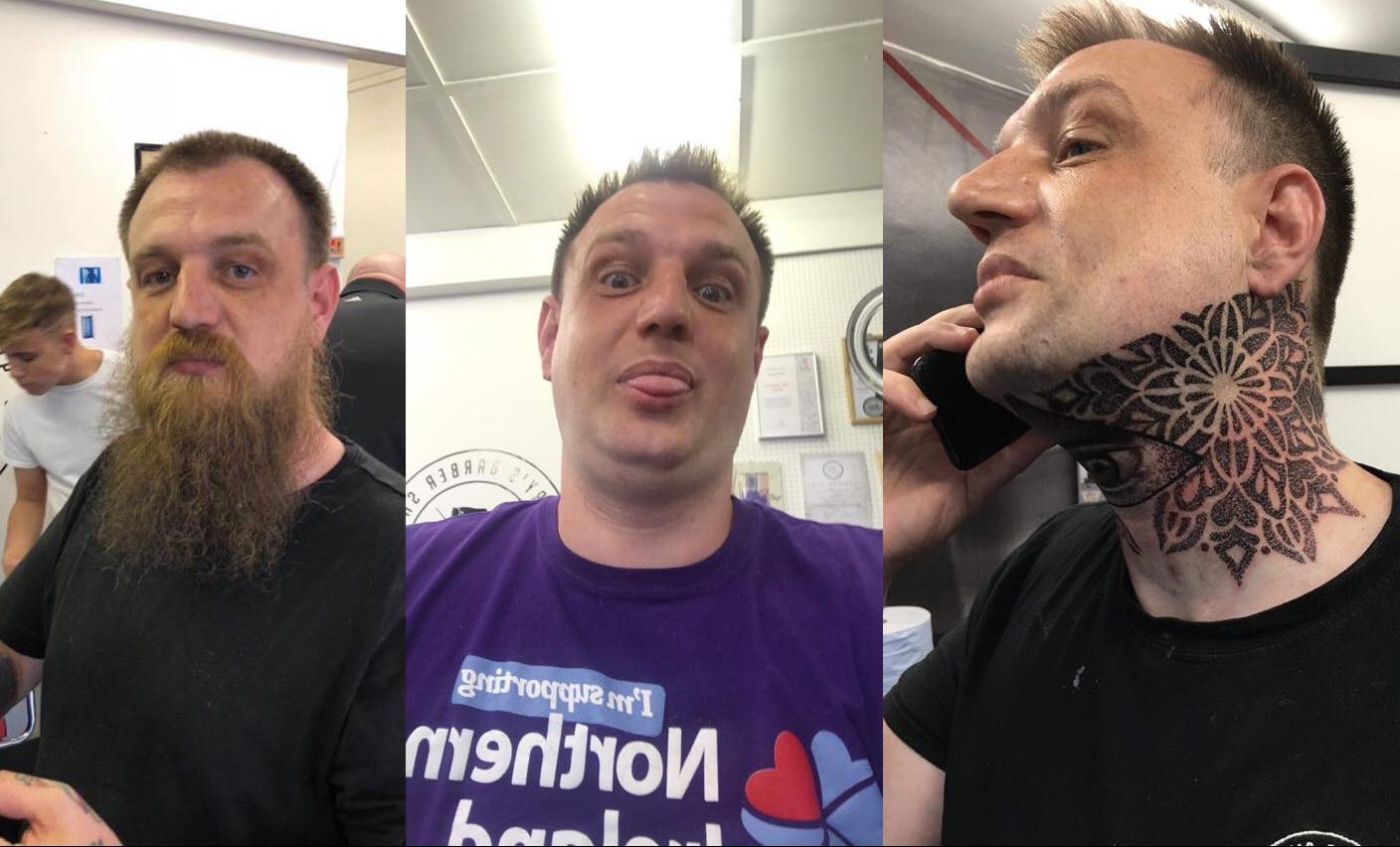 Harry Preshur, owner of Harry’s Barbershop Greenisland, has swapped his epic beard for a neck tattoo, raising over £1k for a local children’s hospice. “I’ve had it for four years and my partner Shelley hated it,” says Harry. It just so happened that a local Ulster Defence Regiment Veteran’s chairman was sitting in the chair when Shelley promised to pay for a tattoo if Harry lost the beard. “He asked if I would do it for a local girl who raises money for the children’s hospice, so I said of course and he rang her there and then.”
For a few weeks leading up the shave, in addition to a Just Giving page, Harry and his apprentice put their tips in a bucket, and it was added to by clients and local businesses. Within 24 hours of the beard disappearing, Harry was sporting an equally epic tattoo, paid for by Shelley.