Home Blog How to make your barbershop more eco friendly 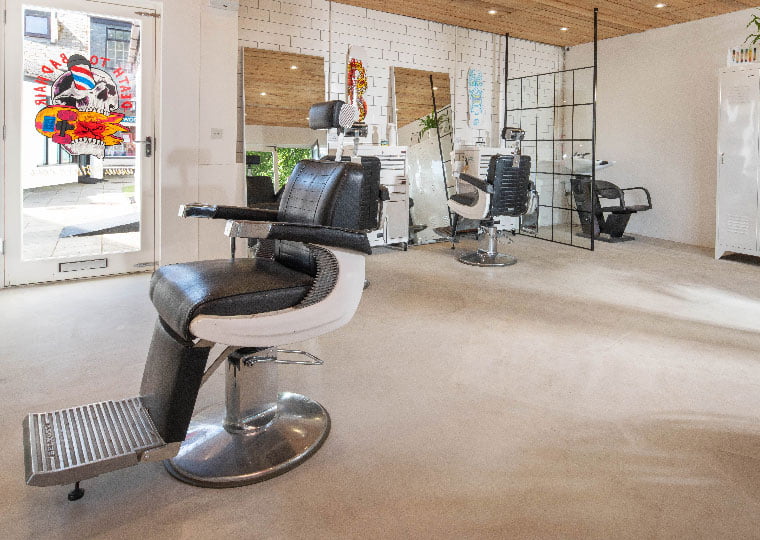 Damien Diablo, owner of 1981 Barbershop in Truro, Cornwall has made it his mission to make his business zero waste. Ahead of Zero Waste Week (7 September), here’s some quick fire tips on being more eco friendly from Damien.

Without going into too many details, the zero waste movement focuses on the five Rs – that’s refuse, reduce, reuse, recycle and rot. “As a rule of thumb, if I don’t know where it’s come from I don’t use it,” explains Damien.

Watch out for invisible plastics

Damien refers to microplastics and nanoplastics as ‘invisible plastics’. Now people are pretty clued up to what their product packaging is made from but micro plastics, are in the formulas themselves and, like the name suggests, invisible to the naked eye. And if you can’t see the plastic particles it’s understandably harder to call them out. This is particularly important if you’re retailing and washing gents’ hair in your shop – as microplastics run off into sewers and oceans. Microplastics can carry organic micropollutants such as nonylphenols (an endocrine disruptor), as well as secondary toxins that can potentially be passed into animal tissue.

Think about your shower head

“We use an Eco Heads shower head at the backwash. It filters water to make it softer, which means you need less of it to make a lather,” Damien says. “It uses 65% less water than a standard shower head, but the pressure is still awesome.”

1981 uses a renewable energy company called Bulb. They get their electricity from solar, wind and hydro sources and their gas is 100% carbon neutral and a large amount of it comes from food or farm waste. And the best part? In many cases it’s no more expensive than non-renewable energy companies.

Waste not, want not

Damien also collects up all the barbershop’s hair that falls on the floor and sends it to the Clean Wave Program, who make hair boons out of it which are used to soak up oil spills.

“We’re using plastic-free visors from Reel Brands and gloves from Showa that biodegrade in 1-5 years, rather than 100 years,” explains Damien. “We use bio degradable compostable gowns, but we’re looking to produce our own cotton ones soon, getting them washed in our local laundry.”

Although not strictly PPE, hand sanitiser is another green point of pride for 1981. Their sanitiser comes from a local Cornish gin brand called Tinkture. “It’s a gin distillery that started producing World Health Organisation standard hand sanitiser during the pandemic,” adds Damien. “It’s in amber glass too which makes the product last longer because it’s reflective and it features non-plastic pump dispensers.”

Has your salon got a hygiene rating?