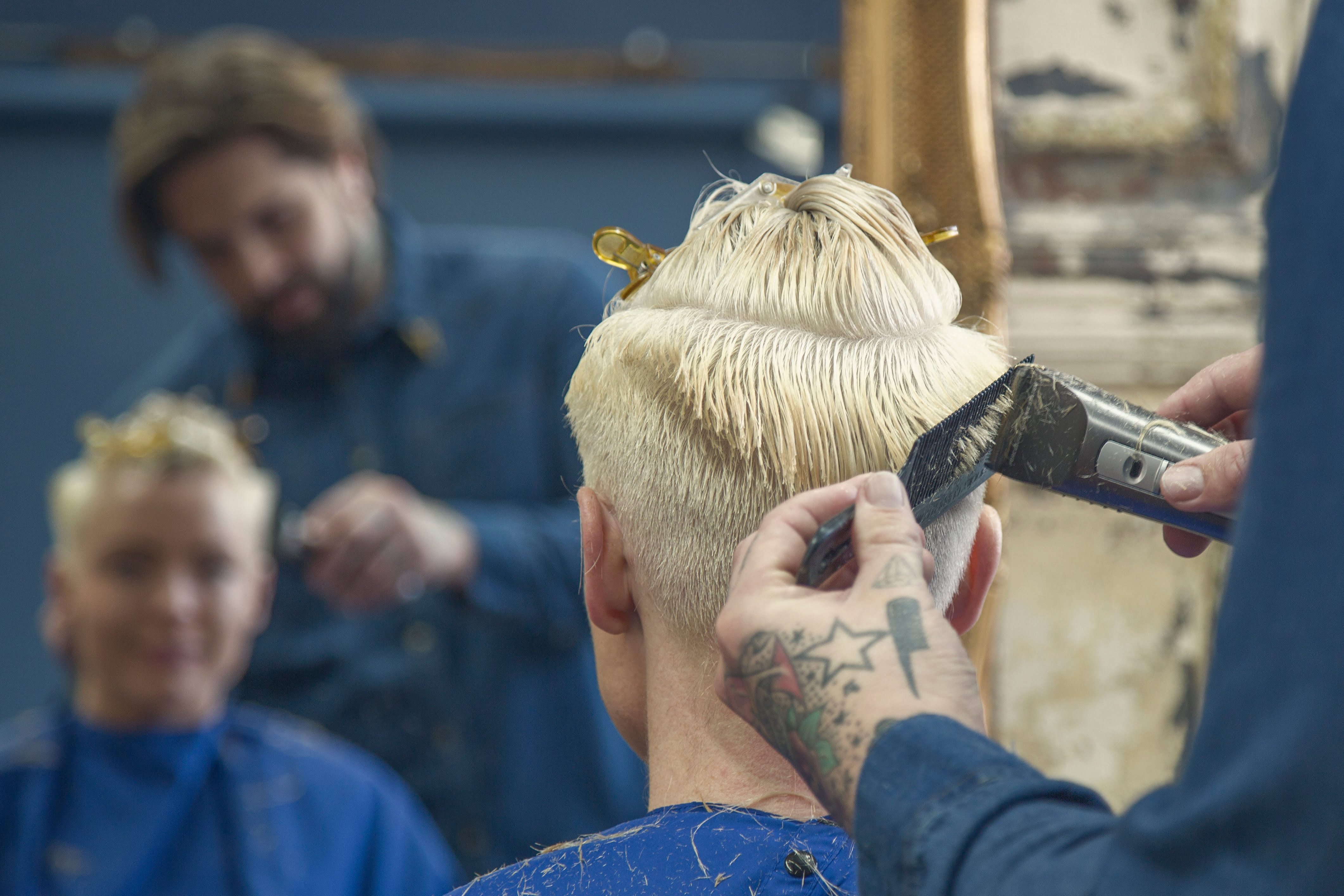 Today is International Women’s Day so what better time to shine the spotlight women and barbering.

Women BEHIND the chair…Research conducted by The Bluebeards Revenge and the British Barbers’ Association shows that women are more likely than ever to enter barber competitions. The figures show that 23% of the entries to this year’s Britain’s Best Shave were female, up from 8% in 2014. Nick Gibbens, spokesperson for The Bluebeards Revenge, partly attributed this year’s increase to Welsh barber Sophie Collins, who made it to the final at Barber UK in 2017, before losing to eventual winner Elvis Gojkai.   Sophie says: “When I was at college, the industry was dominated by males and you never saw a female barber, but over the last ten years this has changed dramatically and the sector is now awash with top quality female cutters and shavers.”

Separate figures from the British Barbers’ Association show that 18% of entries to its British Barber of the Year 2018 competition are female. This is the first ever year this particular competition has seen a single female entry.

Women IN the chair…The Bluebeards Revenge has also revealed that 56% of women have visited a barbershop at least once in the last two years, up from 32% in 2014 and 2015. The desire for edgier, sharper and shorter cuts was cited by 81% of women as a reason. Sophie Collins has also seen this for herself. “Some of my female clients have told me stories of being terrified to ask for a shorter hairstyle at their regular hairdressing salon and that these establishments can persuade women that the haircut they want will look too masculine. In my shop we offer barber-style haircuts — which are super sharp, clipper-themed styles — as well as long, texturized looks. And neither of these are gender specific — we offer our clients the haircut they want.”

The excessive cost of a hair salon also came up as a reason for the switch, with 61% mentioning it. Tom Chapman, an award-winning barber from Torquay, Devon, said: “Today, women can get a better short haircut at a more reasonable price when it comes to clipper work. This is because of the current fashions and trends found in men’s hairdressing, where tapers and fades are all the rage.”