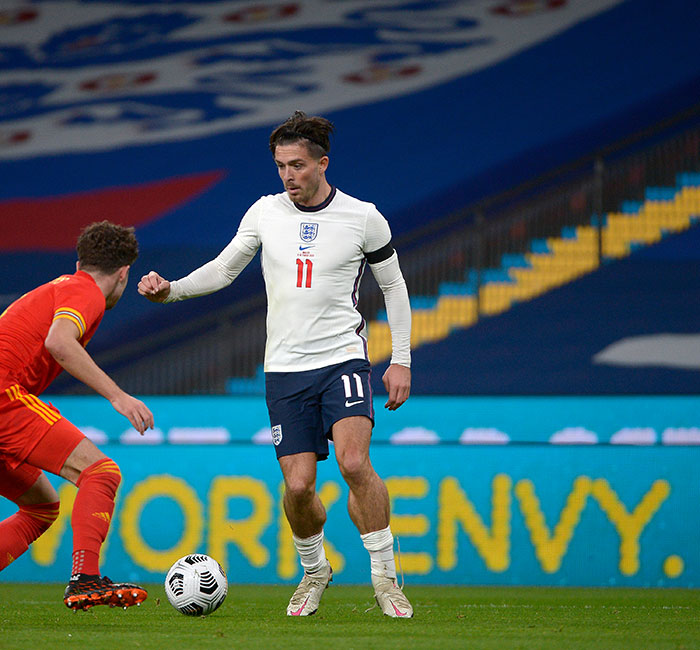 A Star Barber has revealed a fresh haircut for Jack Grealish ahead of the new football season.

The Man City midfielder showed off his new look after visiting celebrity barber A Star Barber (Ahmed Alsanawi) with fellow team mate Kyle Walker. Alsanawi made his start in 2013, opening his business close to the Chelsea training ground and soon became popular amongst Chelsea’s finest, from John Terry to Jose Mourinho and Paul Pogba, who had Alsanawi flown out to the Russia 2018 World Cup to keep his hair trim.

And now it looks like Grealish’s long locks have been trimmed down for a much shorter hair style whilst his team mate has opted for a short buzz cut fade as seen in a video posted to A Star Barber’s instagram page. Last season Jack Grealish stood out, not only for his ability on the pitch, but also for his statement undercut. The undercut sees the back and sides shaved short with the hair on top left longer and slicked back; but it was when Jack’s hair wasn’t slicked back that we were all transported back to the 90s when his hair fell forward to form curtains – popularised by a young David Beckham. 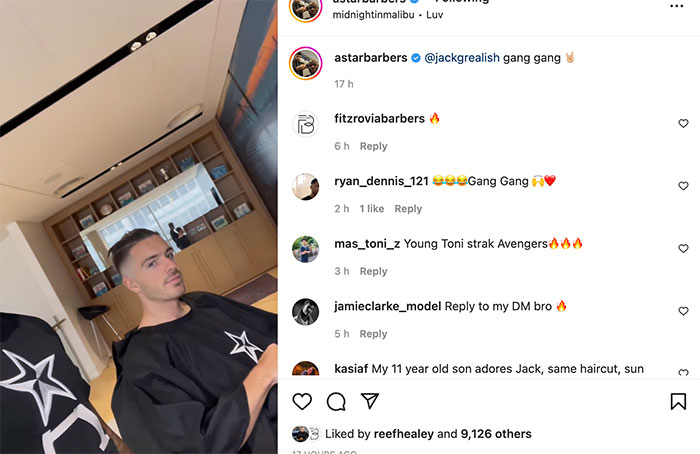 Last year barbers were inundated with requests for their favourite footballer’s hairstyles with Jack Grealish and Phil Foden (and his homage to Paul Gascoigne) coming out on top. So what can we expect to see from our favourite footballers this year and who’s look will your clients be after?