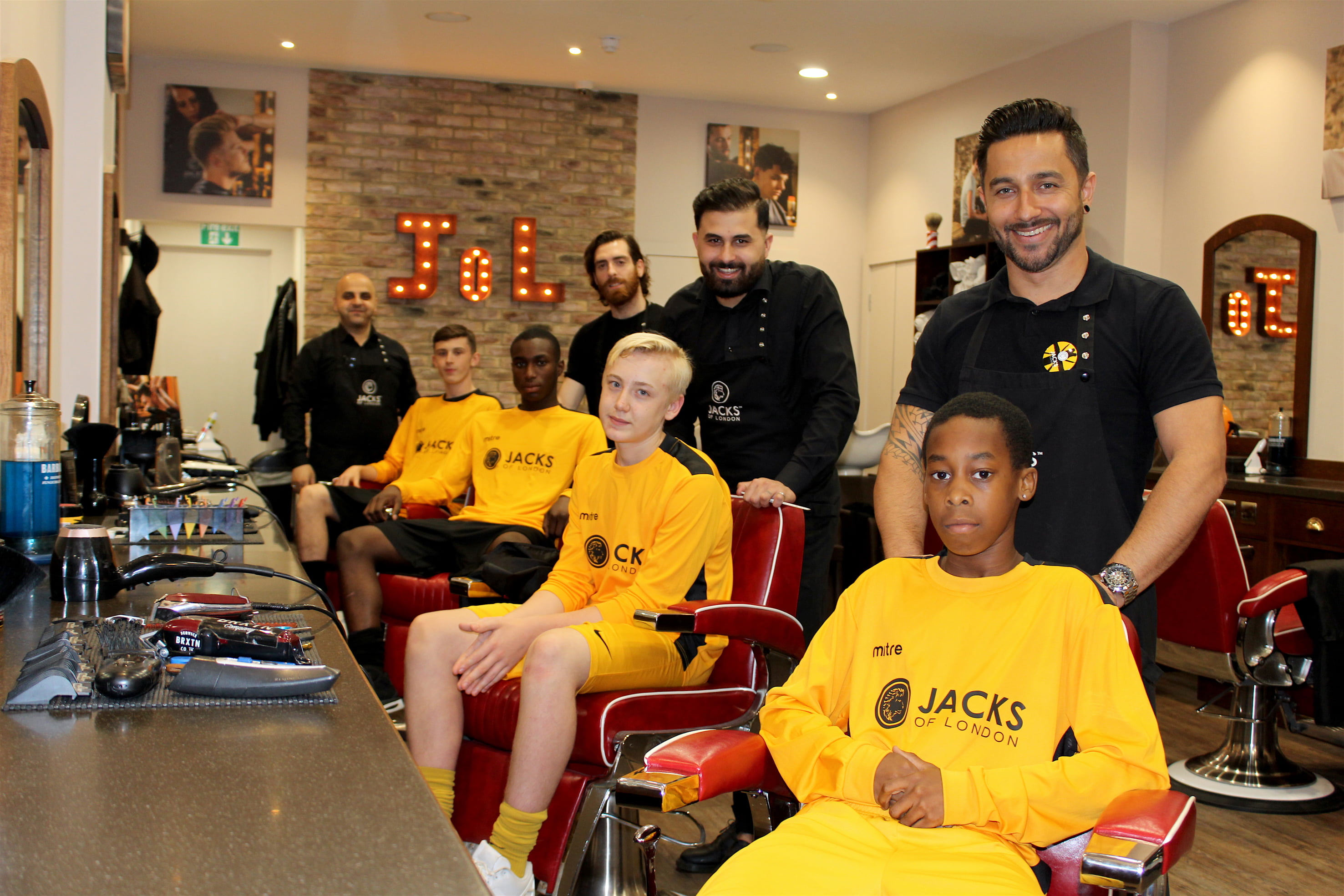 South London barber group Jacks of London is sponsoring charity-led Battersea football youth team, Caius House FC. The deal was celebrated with a grooming session at the recently-opened Jacks of London shop in Clapham Junction, close to Battersea. The Caius House Under-15 are currently sitting high in the top division of the London County Saturday Youth League, while the Under-23s of the Adults 1st team won promotion and the Donovan Thomas Cup in their first season of 2016-2017.

Jacks of London, which also has shops in Wimbledon, Kingston, Guildford and Southampton, regularly teams up with organisations that promote health and fitness. The barber group has been the official barbers to the Aegon Men’s Tennis Championships at Queen’s for the previous two years and has previously signed Stoke City and England goalie Jack Butland as brand ambassador.