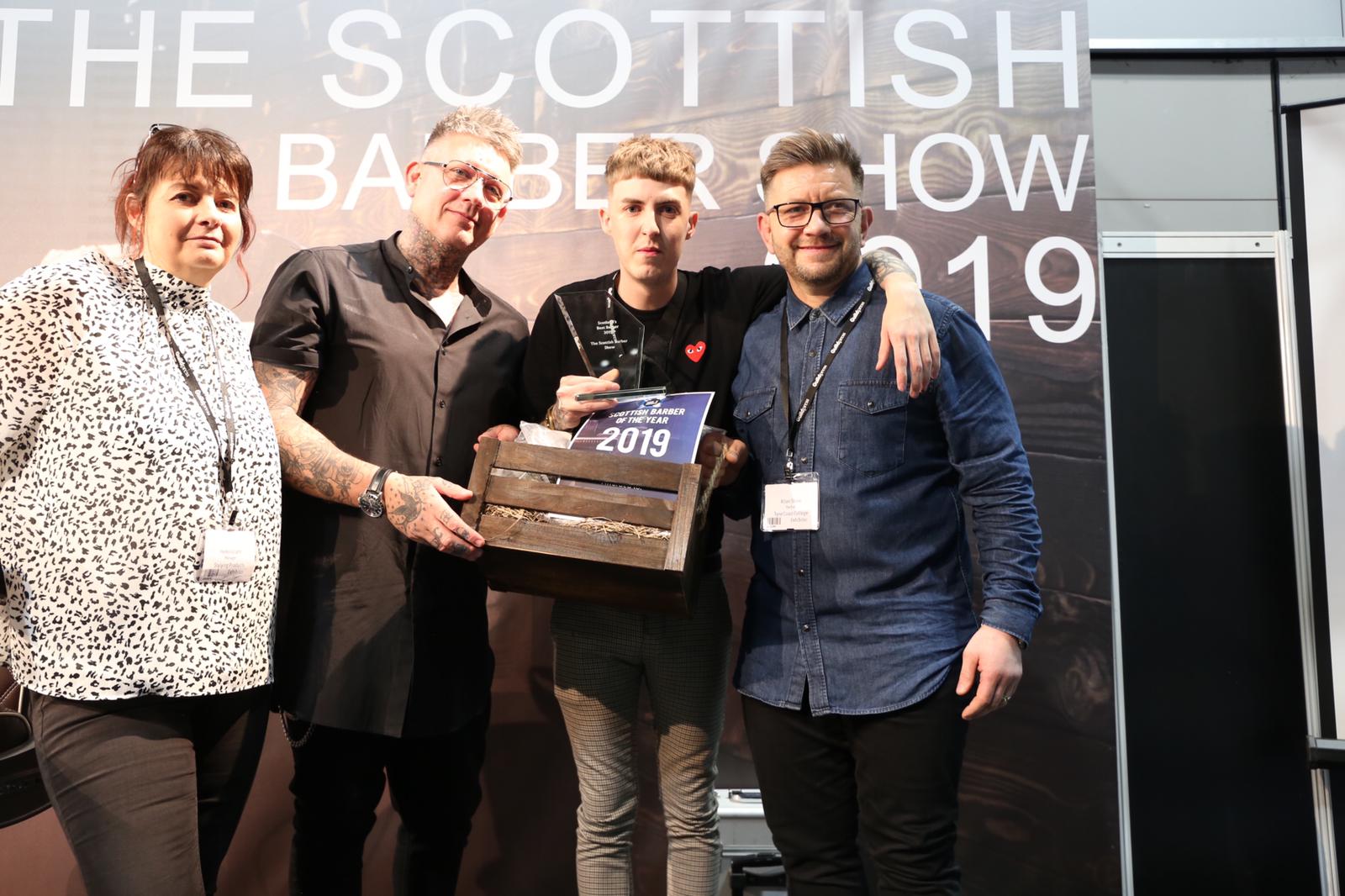 James Johnstone has been named Best Scottish Barber 2019 at the Scottish Hair and Beauty event after an exciting barber battle live on the Andis stage. James Johnstone beat off five other finalists to win the coveted title. Organiser said entrant numbers more than doubled from last year and the quality from the initial photography round made it a hard-hitting decision for the judges. James, co-owner of Network Barber Club impressed the judges in all areas of the criteria.

Baldy, lead Andis educator and head judge said: “It’s really refreshing to see someone come back from disappointment last year, did his homework and raised his game to come back a well-deserved winner.”

Mike Taylor, from the Great British Barbering Academy, said: “After several years of doing the competition the standard is getting higher and higher. This year’s winner was well deserved. Scottish barbering has hit new highs.”