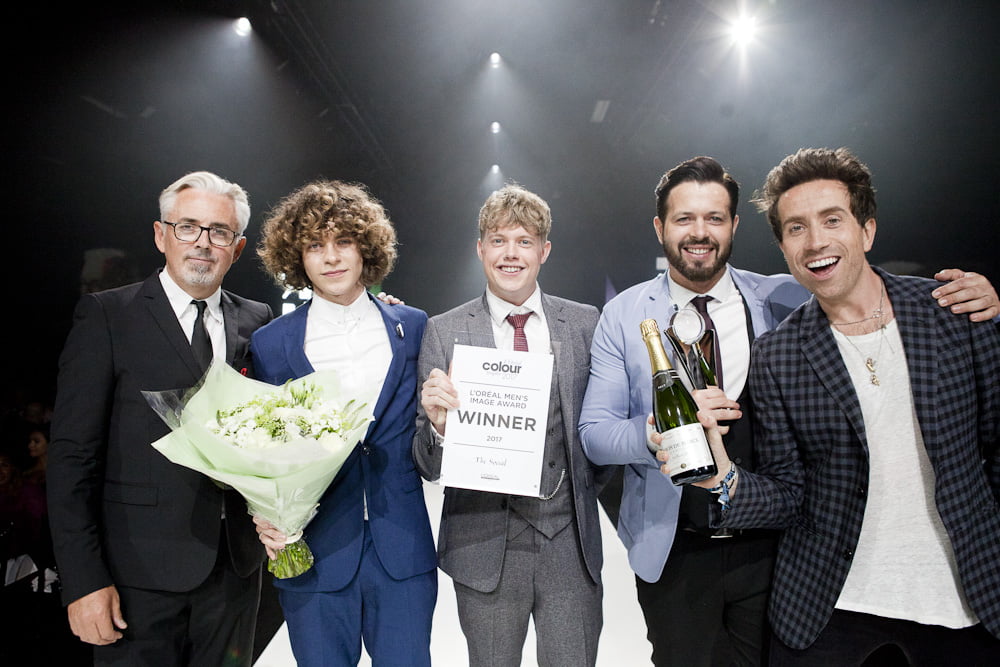 The Social, London has scooped the Men’s Image award at this year’s L’Oréal Professionnel Colour Trophy. At the Grand Final on Monday, Ky’Cut Wilson and Frank Lillywhite took to the stage to accept the award from TV and radio presenter Nick Grimshaw. The ex-X-Factor judge hosted the event to the assembled hairdressing professionals who had gathered at Battersea Evolution.

Runner up in the men’s category was Brooks & Brooks, London. Judges in this category were Jamie Stevens, Sheriff Mehment of Envy Barbers, Darren Fowler from Fowler 35, Ken Picton and Jason Miller from Charlie Miller.

Ky took to his Instagram to celebrate the win, saying: “My advice is to anyone entering anything like this is find the right model and do it in a team, playing to each of your strengths. We’ve built this over the last two years working together regularly, knowing which direction we wanted to take this and that was our only inspiration!”
T @kycutwilson F @TheSocialLondon IG kycutwilson