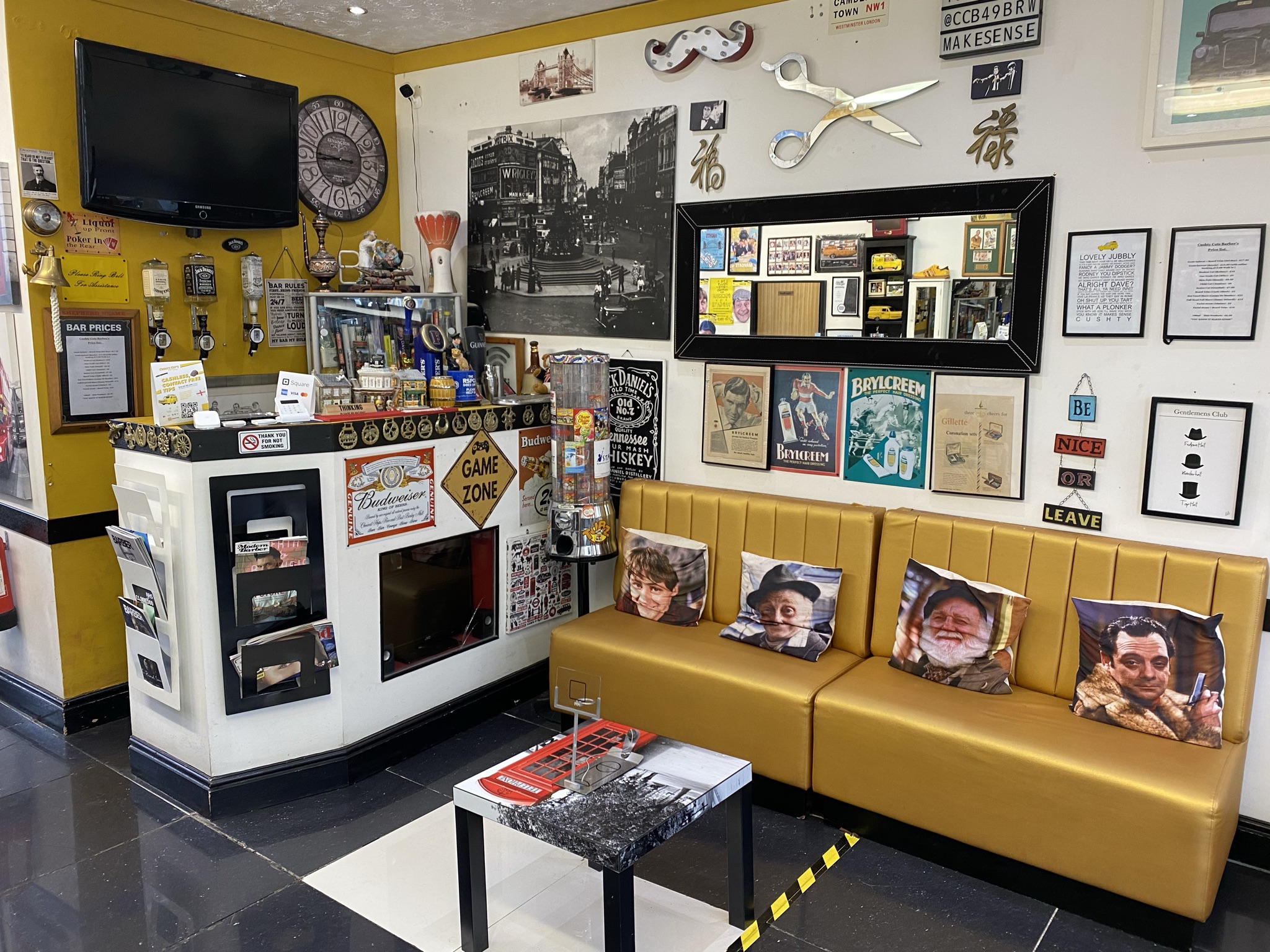 When it comes to salon interiors, you don’t get more interesting than Cushy Cuts in Folkestone, which sees barbershop owner Nathan Scotford turn his passion for Only Fools and Horses into a shrine for this favourite TV sitcom.

Nathan had been collecting memorabilia since he was a child, after watching the popular programme with his grandfather. And when he died three years ago, Nathan decided to combine his love of barbering and Del Boy and transformed his Folkestone barbershop into a haven of all things Peckham.

“When we originally opened in 2013 we were called Cutting Edge, but when we had a relaunch my wife suggested we call it Cushty Cuts and the rest started from there. I had collected a lot of things over the years so during lockdown decided to bring a lot of it into the shop. Now it’s like a small museum! There’s an old retro cocktail bar, cookie jars, an ice barrel and lots of pictures of the cast, some of them signed by John Challis, who played  Boycie.

“I’m always moving things around so every time clients come in there is something different to look at. They love it, it always brings a smile to their face.” 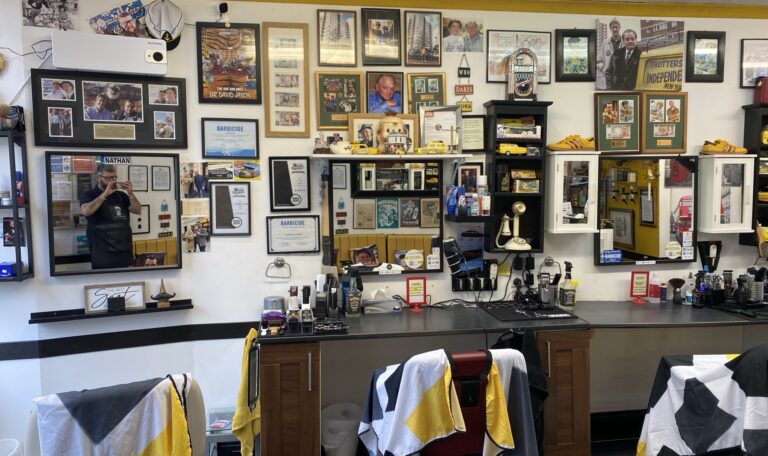 One of Nathan’s most treasured pieces is a 6ft Del Boy mannequin in the window. “I’ve received lots of offers to sell the sheepskin coat but it’s not going anywhere!”

With a bright yellow frontage, the salon is decorated in yellow, white and black, with the colours following through the gowns and the uniform. “We wear polo shirts and sweaters with our name on it and Cushty Cuts on the back. We also sell these which say ‘I’ve had a Cushty Cut’ on the back and some of the profits goes to a local mental health charity,” Nathan says.

Nathan admits the floor and the walls could do with replacing, but believes the ragged edges add to the whole overall look. It’s paired with 1970s vintage Takara Belmont chairs and 1970s Italian furniture, all bought through online sites.

The 50sq m shop has a regular fan base – and even has a link to the cast. “A guy came in and we got talking and he said his dad was Trigger. I’m ‘friends’ with some of the cast on Facebook so I’m hoping they’ve seen what we do. The programme always made me smile and if we can do the same for our clients what else could you want!”