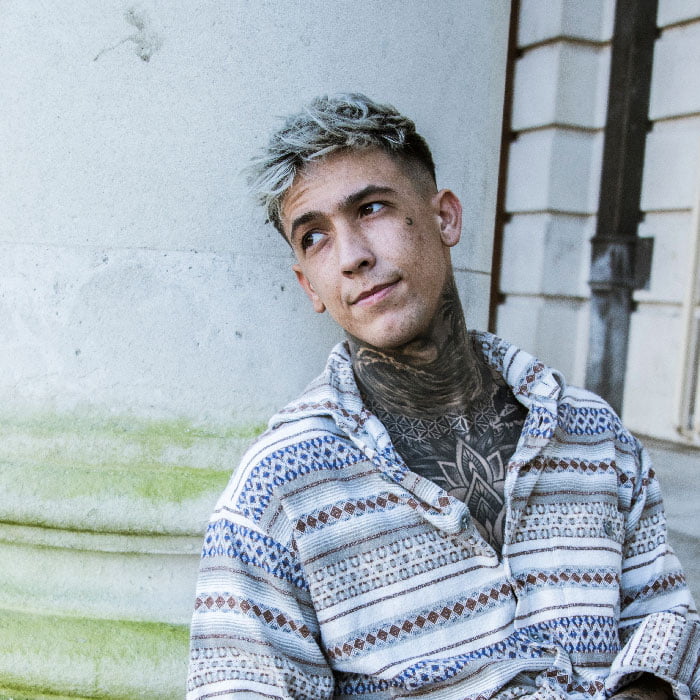 Barber Josh Downes, 24, has always struggled with his mental health and after barbering turned his life around he’s now creating safe spaces in his Cardiff barbershops for clients to talk to him about their worries. His aim? To stop others from reaching such a dark place as he did.

Josh’s hard work and dedication to giving back has paid off – he recently made it as a finalist in the Great British Entrepreneur Awards for his work in setting up his Lostboys Barbershops and creating the Lostboys Foundation.

The original Lostboys Barbershop has gone from strength to strength after opening in 2018 and Josh opened his second shop a year ago. However life hasn’t always dealt Josh a good hand.

Sadly Josh started self-harming from an early age. He told Wales Online: “It started when I was about 11 and just going into year seven.

“I’ve always been up and down with my moods and I started self-harming. I would punch myself in the face until I couldn’t see. My eyes would swell up and my lips would swell, but because I did it away from everyone else people didn’t know what was wrong.”

Josh said he spent months going back and forth to doctors. Tests were taken to try and find out what was wrong but he didn’t tell them that he was harming himself behind closed doors.

Josh said: “Nobody had a clue what was going on. I took it all out on me.  I missed pretty much two years of school – I would be in for a few weeks and then off for ages. I broke my own arm once – well, I tried too.

“When I was going to the doctors I was completely sure someone would pick it up. I stopped when I was going into year nine and I started to go to school a bit more.”

After school Josh worked in a factory and became a plumber, but wasn’t inspired by either career. Thankfully when he found his passion for cutting hair things started to turn around for him. However after signing on to a barbering course life dropped a curve ball in his lap.

Josh found out he was going to become a father. He describes it as a ‘massive wake-up call’. He realised he needed to do something to get better.

After visiting the doctor he was eventually diagnosed with a mood disorder called Cyclothymia – a mild form of bipolar – and went onto have counselling and be prescribed medication.

This put Josh in a positive enough headspace to create his barbering business which now consists of two barbershops and a charity foundation.

The Lost Boys Club Foundation has been set up to raise money for sports clubs and small business to access mental health awareness courses. The charity is dedicated to getting help to those that need it. To find out more about the Lost Boys Foundation, visit their website here.

MB wishes Josh Downes the best of luck for the Great British Entrepreneur Awards which take place on 23rd September.

Who’s on the Modern Barber stage at Salon International 2020